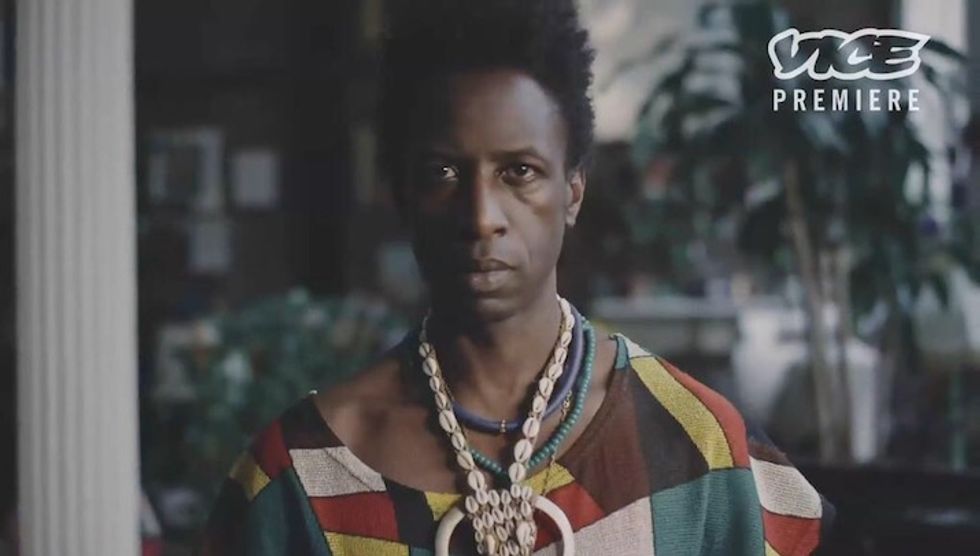 Saul Williams rallies against the status quo in the music video for "Burundi," off the slam poet/actor/musician's 'Martyr, Loser, Kingdom' LP

Saul Williams has been keeping himself busy with his sixth, self-produced full-length album, Martyr, Loser, Kingdom, which the slam poet/actor/musician wrote and recorded across Senegal, Reunion Island, Paris, Haiti, New Orleans and New York. Described as a multimedia work that presents a digital conversation between the First and Third Worlds, and their respective street sounds, the project focuses on the act of political resistance with case studies from all over the globe. Two months ago Williams debuted a track from the LP entitled "Burundi," in reference to the current civil unrest rocking the Southeast African nation. Set to a haunting drone of synthesizer strings with guest vocals from Warpaint's Emily Kokal, the track sees Williams deliver an incendiary barrage of lyrics rallying against the corrupt status quo.

Today, the multifaceted artist premiered a new visual to accompany his fiery call-to-action over on Vice. Directed by Kivu Ruhorahoza with graphics by Antonio Ribeiro, the video stars Williams in the role of a computer hacker rebel delivering his manifesto in the backdrop of drone strikes, burning vehicles and computer motherboards. "The power of being will always prevail over the powers that be, but not without effort on our end to connect our voices & struggles," Williams wrote on his Tumblr. "Staying informed about the happenings in the world is no longer difficult. Connect the dots & uplift the consciousness of the entire fucking world. (Side-effects may include getting shot by over militarized police who kill with impunity, facing serious time because of unchecked hacking & surveillance laws that were passed under our noses while the media preached fear….)."

Watch the intense new video for "Burundi" below. For more, grab a download of Saul Williams' Africa In Your Earbuds Mixtape.