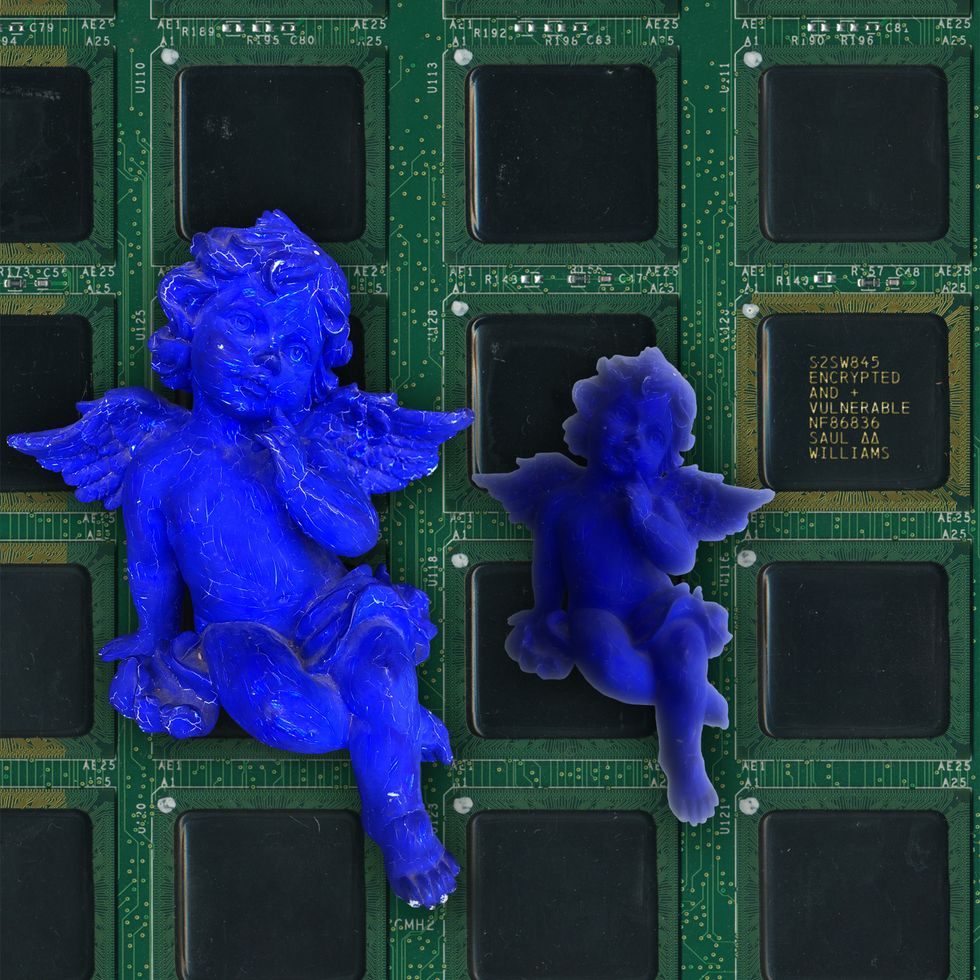 The score for his directorial musical debut, Neptune Frost, which is based on Williams' tale about hackers living in a Burundian village made up of recycled computer parts.

Saul Williams is back with his new album, Encrypted & Vulnerable.

The 13-track album, which is part of his MartyrLoserKing project, is described by Williams as his first "spoken word" album. It was entirely self-produced, mixed by by Gonjasufi and features the likes of Dave Sitek (TV On The Radio), My Brightest Diamond, Christian Scott (Atoms For Peace) and more.

Encrypted & Vulnerable is also the score for Saul Wililams' directorial musical debut, Neptune Frost, which is based on Williams' tale about hackers living in a Burundian village made up of recycled computer parts.

"I wanted to make an album with invisible beats- I always want people to dance—but this time I wanted the drums to be DIY. I figured the drums in your head could be crazier & more complex than anything I could program. So I started working on sounds that would instigate that. You feel the rhythm & you're already dancing in anticipation of the drums... that was one goal of the album."

Listen to Encrypted & Vulnerable below.