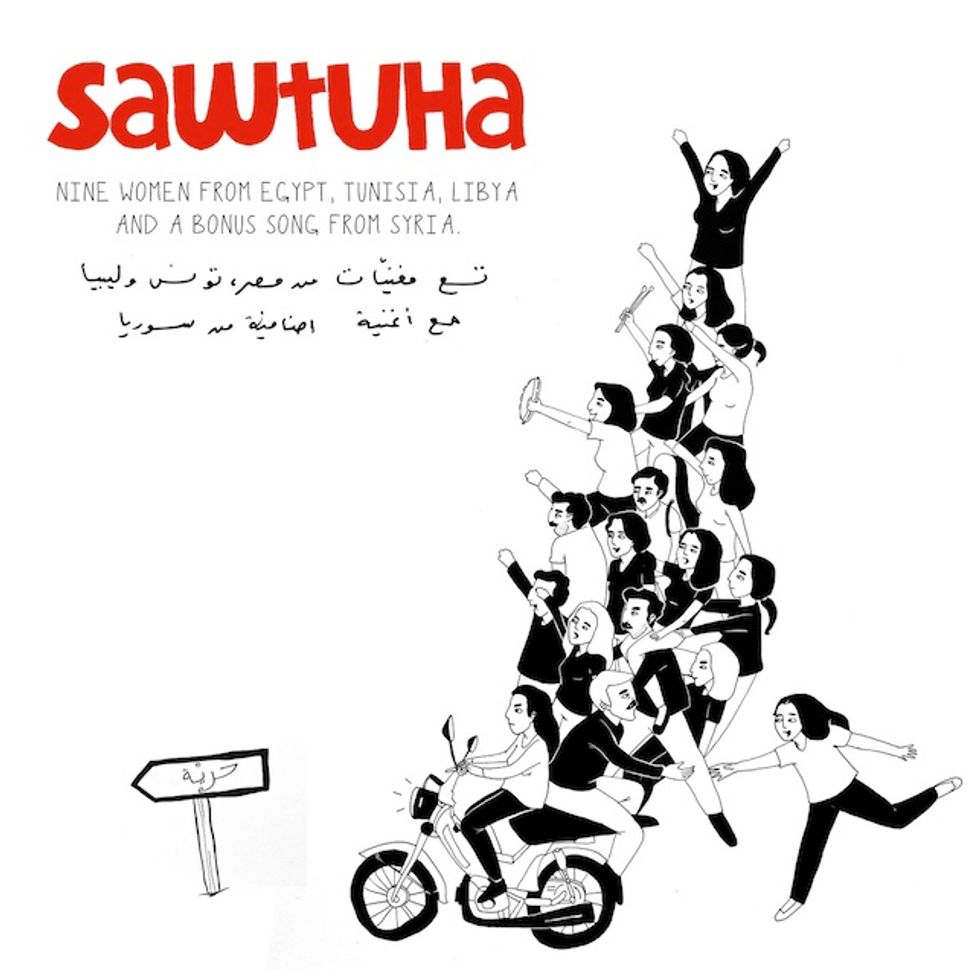 Earlier this month Egyptian songstress Maryam Saleh's Oddisee-produced "Nouh Al Hamam" landed a new Tunisian-based recording effort on our radar: the Sawtuha compilation of female artists from Libya, Tunisia and Egypt exercising their rights to freedom of expression. The full album, which along with Sudanese-American hip-hop scholar Oddisee features the production hand of Olof Dreijer (one half of the Knife) and remixes from french producer Blackjoy and Austrian beatsmith Brenk, takes the listener on a journey through French pop, Arabic infused hip-hop and accordion-heavy production.

On the Oddisee-produced languid ballad "Figurine," Nawel Ben Kraiem's vocals nod towards classical French influences (she sounds like a cross between Edith Piaf and Barbara), and yet they're layered with enrapturing Tunisian melodies. Olof Dreijer's distorted beats and pitched-down vocals provide a backdrop Medusa's flow on the head-nodding "Naheb N3ch Hayati" (a force in the Tunis hip-hop scene, we hear Medusa is a name to look out for). A protest against "corruption, despotism, patronization and narrow-mindedness, Sawtuha is purposeful fresh air. Stream the full compilation below, out now on Jakarta Records.