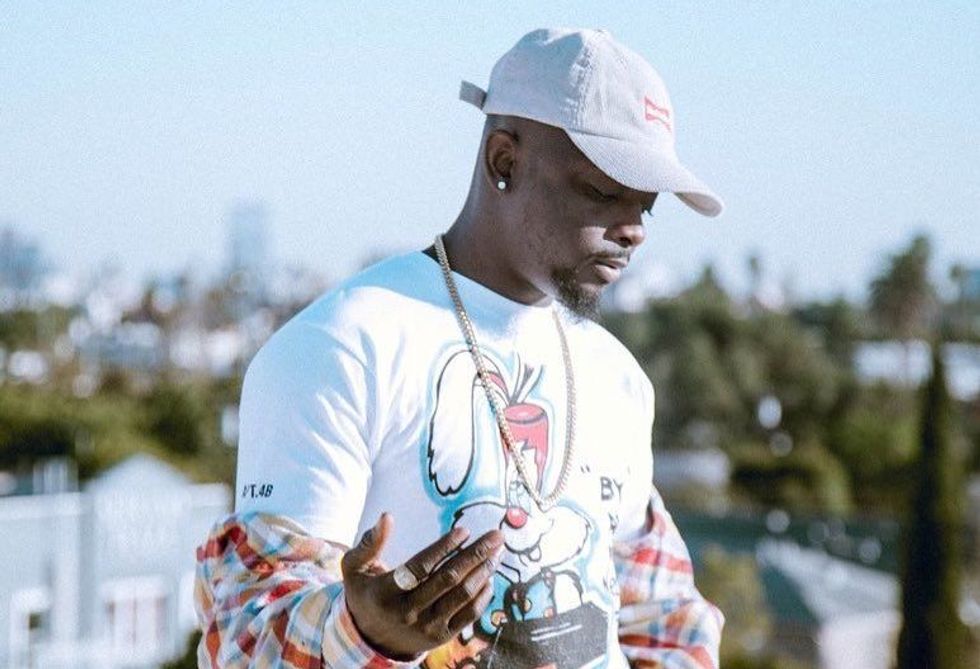 Sean Tizzle explores what afrobeats can do over reggae and Latin rhythms in his new EP, 'Moving Forward.'

The first song on Sean Tizzle's new EP is called “Thank You.”

Typically, it's customary for songs of appreciation to be placed at the bottom end of a project as a curtain call. Tizzle may have chosen to thank God first, but also owed a show of appreciation to Blaq Jerzee, who produced the majority of the seven track Moving Forward EP. Both have done a rock solid job in crafting a rounded and compact project.

This is the EP that makes the case for all other EPs as a sure way to gain traction for a future release while not using up all the goodwill and prestige listeners tend to reserve for albums.

Brevity, of course, tightens focus, and focus couldn't have been a terrible watchword for Moving Forward. The subject matter in one song may bleed into the other, but the genre or tradition each is drawn from clearly delineates one from the other.

Blaq Jerzee utilises live instrumentation to great effect so that a run-of-the-mill song like “Thank You” is made even more textured, and the listening experience not as perfunctory as it would have been over more synthesised production.

This is not a broad argument for the supremacy of live instrumentation. DJ Coublon, to my knowledge, is one of the first in this new afrobeat era to use recorded live instrumentation. Kiss Daniel’s “Woju” and “Laye,” both made by Coublon, could have still become hits if made over “processed” beats, but their appeal to different age groups including older juju fans, or those who aren't terribly cosmopolitan in their music preferences, is down to these live instruments used—the next thing to assembling a juju band in a booth.

“Arawa Ni,” “Thank You,” “Telephone Man,” "Latin Lover," and “Dide" featuring Davido all benefit from this treatment the most.

On the familiar reggae of “Telephone Man,” Tizzle has some heart renderings to deliver to his girl and would like a telephone operator to connect him. Perhaps Tizzle is super-old fashion and couldn't bring himself to slide into a DM, or too romantic to accept that switchboard attendants, like film projectors, are an endangered lot. It's still a worthwhile listen, propelled by an engine-full of nostalgia, and that one drop reggae beat that would taste good even on toast.

Another song that's immediately familiar and self-explanatory is “Latin Lover” with New Yorker Dax Mpire, but the big plus is that he's adapted afrobeats to what is broadly called Latin music. Maybe 'adapt' is too strong a word as the arrangements here and in afrobeats are similar. So, all Tizzle essentially did was just sing in a cadence that is very familiar to him, but on a beat that is rarely co-opted into afrobeats, spongy as the genre is.

If Nicki Minaj is upset by Remy Ma’s unflattering remarks about her bum on “Shether,” one listen of Tizzle’s “Alhaji Abass” may return her to high spirits. On the track, Tizzle’s telling a lady of interest to “show them say you carry pass Nicki Minaj,” To 'carry,' for those not hip to it, is a Nigerian-ism meaning to have a big bum. There’s no such thing as positive objectification, though Tizzle just about makes a case for one.

By far the most satisfying song here is “Dide” with the workhorse that is Davido. Both men have similar singing voices, one a little raspier than the other. The beat is an update on highlife and as such will go down well at any party. Rarely have I paid closer attention to what both the bass and electric guitars are doing on any one song.