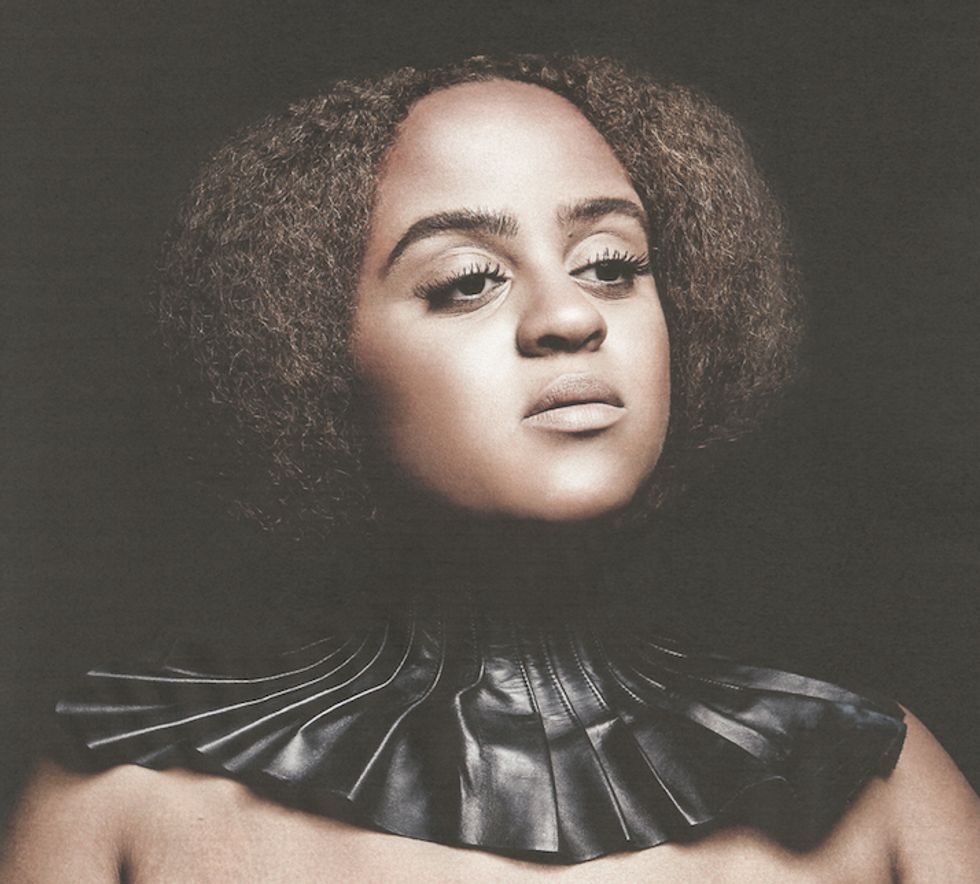 Swedish-Gambian singer Seinabo Sey speaks about the dark and personal compositions in her debut album 'Pretend.'

Seinabo Sey writes dark pop songs about searching for identity. On her debut album, Pretend, the singer-songwriter draws on her experiences growing up between Sweden and Gambia to craft bare-souled songs aided by lush, ambitious production from Magnus Lidehäll, a producer who has worked with Madonna, Katy Perry and Mapei.

Below, we speak with Seinabo Sey about the Gambian influences on her new album and get a first listen of St. Lucia-born, London-raised producer Poté’s remix of her single “Hard Time.” Pretend is available today on Universal Music.

Okayafrica: Tell us about your Gambian background. Your father was also musician?

Seinabo Sey: My father was Gambian/Senegalese and worked as a musician for most of his life. A large part of my childhood was spent around him and his musician friends in both Sweden and Gambia. He never really sat me down to teach me about music. Most of the things I’ve learned came from watching him on stage and in rehearsal.

What would you say are the Gambian or African influences on Pretend?

Gambia has definitely inspired the way I write and what I write about. I’ve got countless good one liners about life from uncles and aunts. I love that tradition of listening to your elders and passing that knowledge and wisdom on.

Being born in Stockholm and having moved between Sweden & Gambia, how do you identify yourself?

I’m Gambian. That’s where my heart is. But the older I get the more I realize that I’m definitely a mix of my two origins. I’m somewhere in between and I love it. I love the challenge and the freedom of creating my own traditions and way of living.

How do you reconcile your European and West African backgrounds in your songs?

What would you say are the direct musical influences on Pretend?

It’s all a mix of the people that have inspired me true out my life from my father to Beyoncé. From Luciano to Kate Bush.

What would you like listeners to take away from this album?

I want to empower and make you feel like you’re not the only weirdo in this world. I want you to feel like everything is going to be ok.