Senegal Has the Best Fans at the World Cup 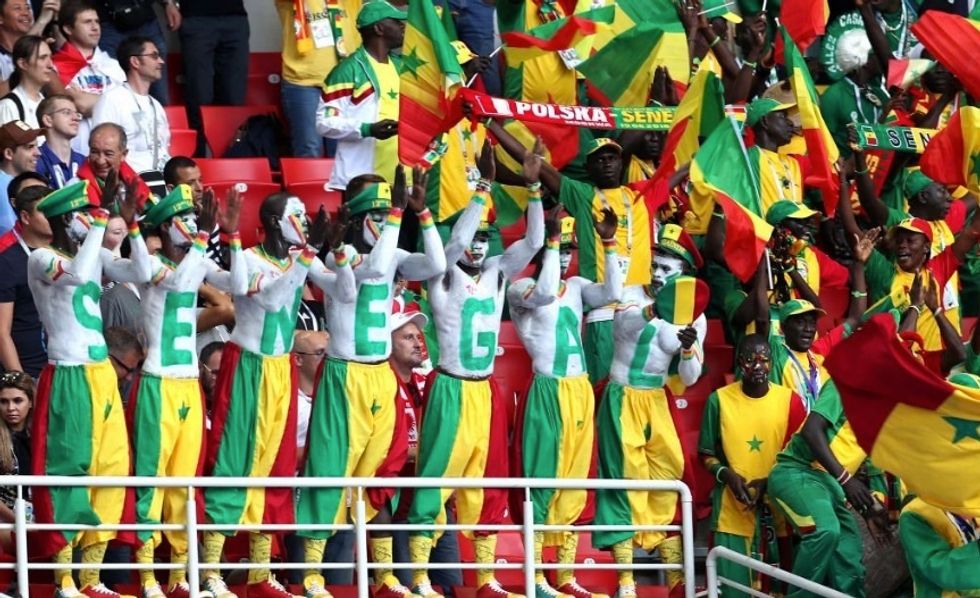 All the best reactions from Senegal's win against Poland, making them the first African team to win in the 2018 World Cup.

Senegal just pulled off a 2-1 win versus Poland that has turned the World Cup's Group H upside down, following Japan's upset win against Colombia.

Despite being, arguably, the best African team at the 2018 World Cup—led by star players like Sadio Mané, KalidouKoulibaly, and Cheikhou Kouyaté—they were widely considered to be underdogs against Robert Lewandowski's Poland.

Well, like many of us thought, this Senegal team is a force to be reckoned with and they got the win against the odds.

Read: The 10 Best African Players at the World Cup

If you watched the game, it was impossible to miss the deafening noise coming from the West African team's supporters, who lit up the Russian stadium with their chants throughout the game.

It was also impossible to miss Senegal's coach Aliou Cisse, definitely the coolest manager at the World Cup.

A particular group of fans, painted S-E-N-E-G-A-L colors, were some of the best done-up we've seen so far at this world cup, by far.

See the best tweets and reactions from Senegal's win below.

Meanwhile in Dakar, the mood is one of joy. An African pride does her country, and the continent proud. Cheers to m… https://t.co/XZenvKd30c
— Juliet Bawuah (@Juliet Bawuah) 1529427706