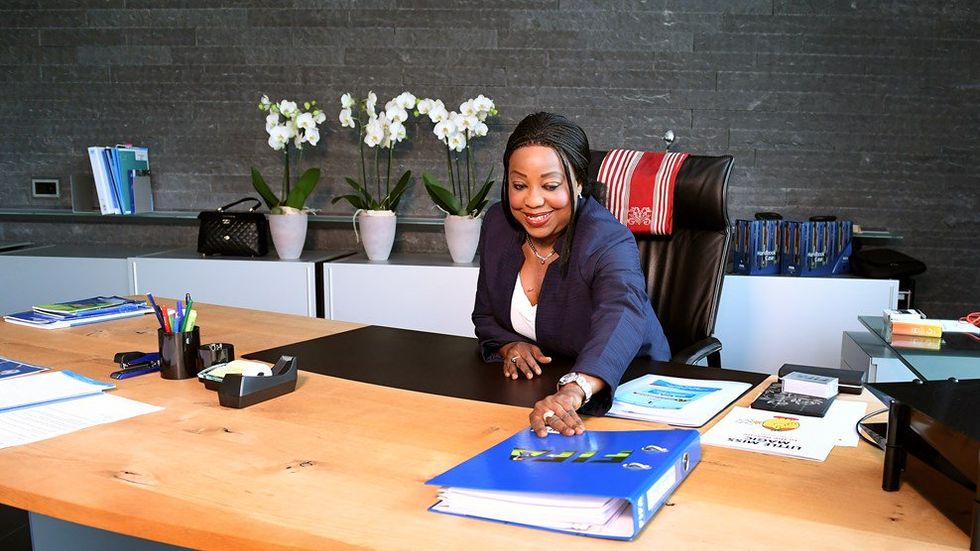 Monday marked the first day on the job for Fatma Samoura as FIFA's Secretary General.

In case you haven’t heard, there have been some shake ups in the football (soccer) world as of last month.

Monday marked the first day on the job for Fatma Samoura as the Secretary General of the International Federation of Association Football (FIFA), the organization that handles the World Cup, the most watched sporting event in the world.

Not only is Samoura the first woman to hold the second most influential position at FIFA since it’s founding in 1904, but also as a Senegalese woman, she is the first African and non-European, period, in a white boy's club.

Samoura previously worked as a Humanitarian Coordinator for the United Nations. However, some within the organization have raised concerns that Samoura has no previous professional experience working with sports organizations, despite the role being largely administrative. Others, including current FIFA President Gianni Infantino, see Samoura’s outsider status as beneficial.

Samoura is tasked with fixing an organization known for it’s shady practices. Multiple FIFA members have been terminated and charged with violations, including former President Sepp Blatter.

Jérôme Valcke, who held the position before Samoura, was fired for ethics violations, which included a large scale scheme to sell tickets to World Cup on the black market for exaggerated prices and using the organization’s jet for private use. He's been banned from football for 12 years.

Markus Kattner, Valcke, and Blatter allegedly awarded themselves around $80 million in bonuses over a five year period.

Samoura has her hands full cleaning up FIFA before the next World Cup is held in the summer of 2018 in Russia.

Tickets will most likely be very expensive, so if you want to attend, you better start saving up now.