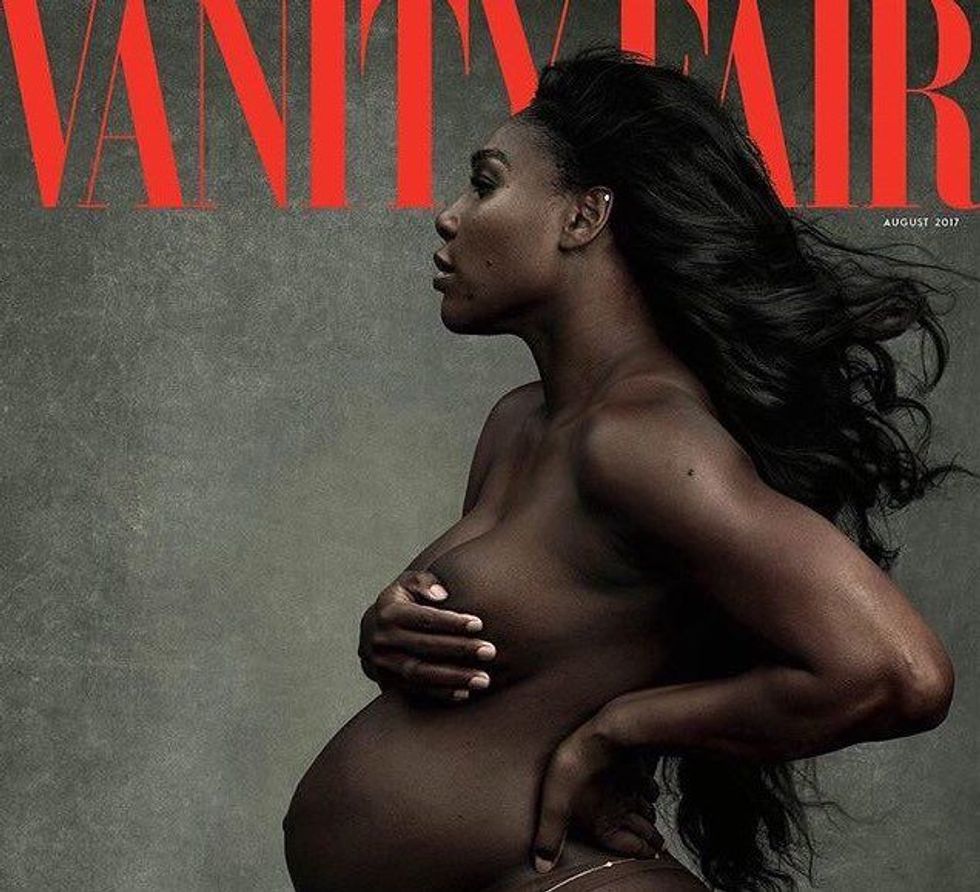 The stunning cover sees the tennis star, who is six months pregnant with her first child, bearing only her growing baby bump and gorgeous melanin. She's both literally and figuratively giving life.

In the issue, Williams shares the story of how she learned she was pregnant just days before the Australian Open, and how she broke the news to her fiancé, Alexis Ohanian, by having him fly from San Francisco to Melbourne where she was competing, and handing him a bag filled with six positive pregnancy tests.

Upon learning she was pregnant, her first reaction was "oh my God, this can’t be—I’ve got to play a tournament," she told Vanity Fair. "How am I going to play the Australian Open? I had planned on winning Wimbledon this year.”

It's clear that nothing can stop the sport's icon. The indomitable Williams went on to win the Australian open earlier this year, pregnant and all, further solidifying her superhero status.

Check out the photos from her stunning Vanity Fair shoot below and read the full story, here.

V.F. cover star @SerenaWilliams—world’s best athlete (plus, mom and wife-to-be)—still has her eyes on the prize https://t.co/kvYTrrcPdWpic.twitter.com/zTq6ZGYb4k