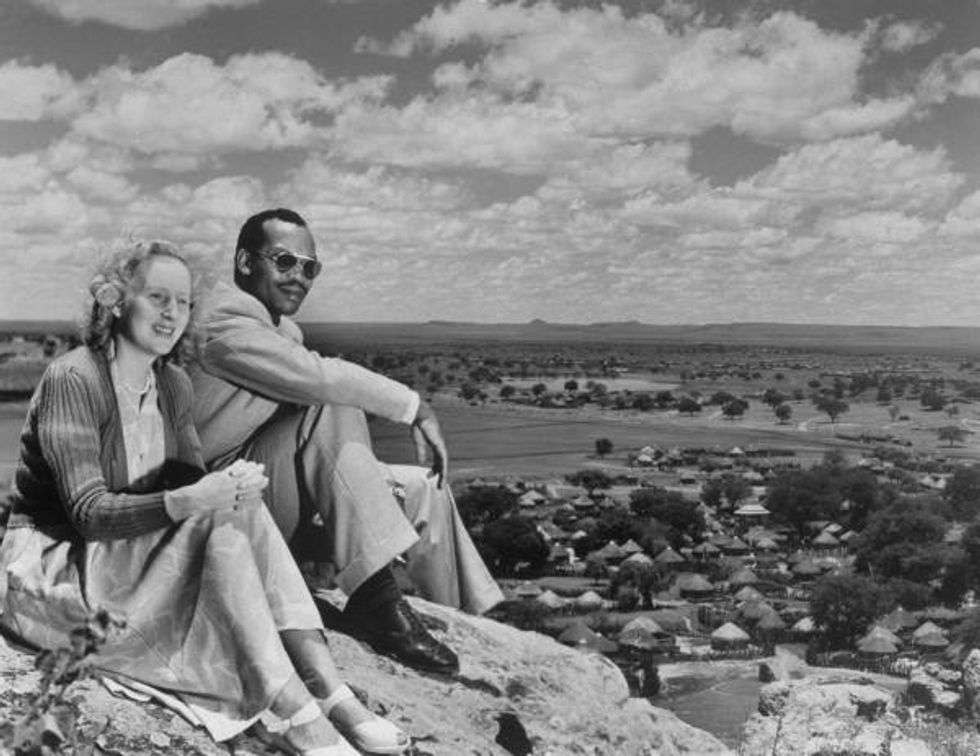 News on the upcoming film on Botswana's former president Seretse Khama and Ruth Williams + a gallery of the first couple.

Yesterday Deadline reported that a new film is in the works on the life of Botswana's first president, Seretse Khama. The focus of A United Kingdom will be Khama's relationship with Ruth Williams– the English woman who would become Khama's wife and eventually Botswana's first lady. At this point it's a bit early in the project's development to know whether this is one we'll be looking forward to. What we do know is the film will be based on a script written by Guy Hibbert, and backed by the UK-based Pathe. Biopic extraordinaire Nigerian-British actor David Oyelowo (The Butler, Nina, Lincoln) is on board to star as Seretse Khama as well as produce the film. Neither a director nor the role of Ruth Williams have been cast. Filming is set to begin in 2014 in Botswana and London. The Khama family issued this statement from Botswana regarding the project's development:

“We are pleased that the story of Sir Seretse Khama and Lady Khama is being brought to life in the film A United Kingdom by Pathe. Our family has been regularly involved in development of this film so far, having collaborated closely with the screenwriter Guy Hibbert in what we believe is a wonderful script. We are equally pleased that David Oyelowo will lead the cast as Seretse.”

Here's some background on Botswana's first family. Khama was born in 1921 at Serowe in the Bechuanaland British protectorate, the grandson of Kgosi Khama III– kgosi/ruler of the Bangwato people of Bechuanaland (in central modern-day Botswana). It was Khama III that urged the crown to grant Bechuanaland a protectorate of the UK to guard against the threat of encroachment from the Boers.

Khama– whose uncle was regent in his place after the death of Khama's father– attended South Africa's Fort Hare College before relocating to England to study law. It was there in 1947 that he first met Ruth Williams– a WAAF ambulance driver during WWII at the time working as a clerk at the Lloyd's of London insurance market. The two married in 1948, making worldwide headlines and stirring outcry in England, Bechuanaland, and South Africa alike. The apartheid government, fearing the ramifications of a mixed marriage between a chief and a white British woman. Succumbing to pressure from SA the British government held a parliamentary enquiry on the matter of Khama's fitness to rule. Though the investigaion reported Khama was in fact fit to rule Bechuanaland, the British government ordered that the report be suppressed and had the couple exiled from Bechuanaland in 1951. Following outcry from human rights groups, the exile was uplifted in 1956 and the Khamas were allowed to return to Bechuanaland as private citizens.

Beginning in 1961 Khama returned to politics– leading the nationalist Bechuanaland Democratic Party (BDP). In 1966 Khama became the first prime minister of a newly independent Botswana. A year later he became the country's first president (a post which he served until his death in 1980). The couple's eldest son Ian Khama began his term as Botswana's president in 2008. Take a look at photos of the first couple in the gallery above.