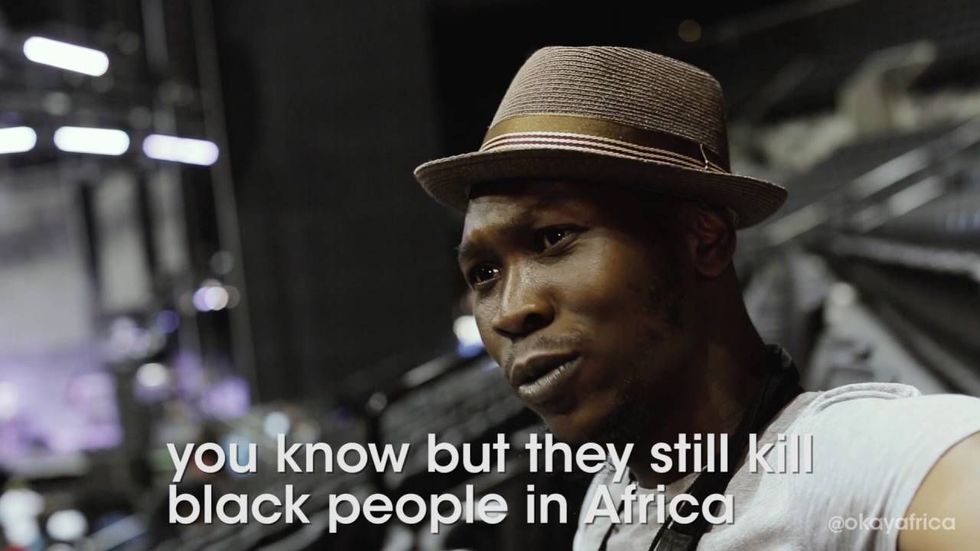 Seun Kuti talks to Okayafrica TV to express his feelings towards the Black Lives Matter movement.

Seun Kuti talks to Okayafrica TV to express his feelings towards the Black Lives Matter movement.

The afrobeat torchbearer, who recently released the politically charged music video for "Gimme My Vote Back" and dropped the 3-song Struggle Sounds EP, mentions:

"What we have to understand is that police in general have been created to police the poor. And the majority of poor people in the world are black. Even in Africa we have a population of about 3 million white people and Asians...you never hear [about] the cops killing them, you know, but they still kill black people in Africa," Seun states.

"Black America definitely has a right to protect itself militarily, financially, and politically. We have to encourage black people to come together in a way that we can show that we don't need to integrate to be great."

Watch the video above and check out Struggle Sounds EP, which Seun calls "a true reflection of [his] social and political beliefs," below.