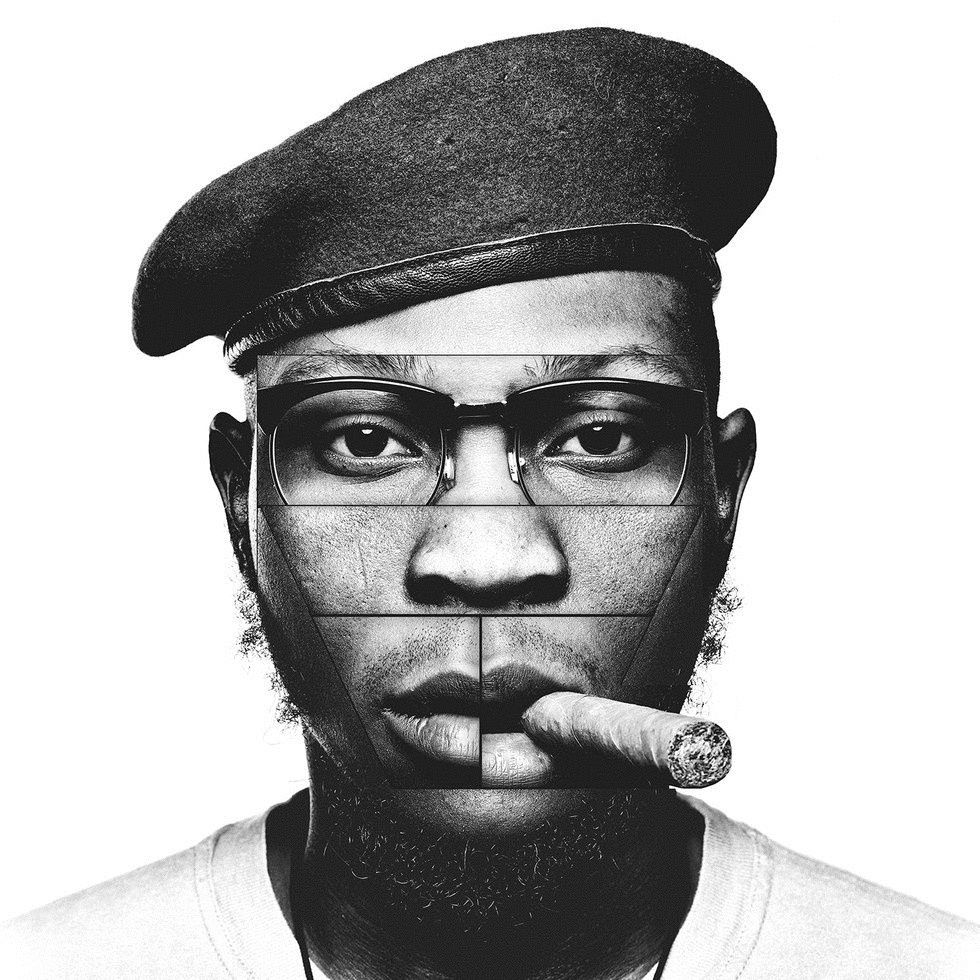 Seun Kuti is back.

Fela's youngest son has just released his new album, Black Times, a potent afrobeat excursion alongside Egypt 80, his father's former band, which Seun's been leading since he was only 14. The now 35-year-old vocalist and saxophone player's latest record features 8 finely-crafted afrobeat songs alongside contributions from the likes of Carlos Santana and Robert Glasper.

"Black Times is a true reflection of my political and social beliefs," Seun mentioned with the release of the album's title track. "It is an album for anybody who believes in change and understands the duty we have to rise up and come together. The elites always try to divide the working class and the poor people of the world. The same oppression felt by workers in Flint, Michigan is felt by workers in Lagos and Johannesburg."

"We are all capable of change, us iron people, us workers. Black Times is the sound of the people, and a weapon of the future. The big picture needs more colour," says Seun.

Read ahead for our talk with Seun about the new album, the current political situation in Nigeria and the world, and his possible collaboration with Yasiin Bey.

Let's start with the title. Why did you call the new album Black Times?

Well, the song "Black Times," was inspired by a moment of clarity for me. So, Black Times is like an emotional state of mind. Something like a happy time, or a sad time, but that moment when you understand your history from our own perspective, knowing who you are as a Motherland person in this world today.

"'Black Times' is like an emotional state of mind... [it's] that moment when you understand your history from our own perspective, knowing who you are as a Motherland person in this world today."

You've said that Black Times is also a true reflection of you political and social beliefs. How have current political situations across the world influenced it?

For me, the current political situations in the world are manifestations of past policies on actions. Everything has a source, you know. The problem we have in the world is that nobody takes anything serious until they are personally affected. We no longer see our connection as humanity—we just see us and them. That's how the world is run today. Historical understanding has given me this complete view that I"m willing to express musically, also culturally and politically as well.

How do you see the current political situation in Nigeria? What are the main challenges for the country today?

Like many Motherland nations all over the world our problem is neocolonialism and imperialism still. I think that's the majority of the things that are holding us back. In my country, for example, we're ruled by people who are enemies of our country, if I can put it that way. You have the understand that the Nigerian army used to be the West African Frontier Force (WAFF), who were the protectors of the colonialists. Their job from day one has been to murder, maim, enslave, capture, oppress Motherland people. This WAFF were the same people that turned into the Nigerian army and many of the military in this region—all over Africa its the same.

These military people usurped power from the real nationalists. After a few years of Nkrumah ruling Ghana, or we having our independence in Nigeria, most African countries were heavily criticized by the West as having wrong economic policies. This empowered and strengthened members of the former WAFF and created coups all over Africa. These people who have been trained to ruin and destroy Africa and its people are the ones ruling Africa today. And that's still the same mentality they perpetuate and promote today with the media, their music, movies, and religion. Its that same imperialist agenda that's being enforced in Africa, but only now being it's being enforced by people who look like us.

"These people who have been trained to ruin and destroy Africa and its people are the ones ruling Africa today."

I think that's the main challenge that we have, politically, is that the people need to wake up. I think if we can have good leadership that loves and respects Motherland people and reveres the Motherland, I think only then can we begin to make the progress that is necessary. Because the decisions and policies that rule Africa do not come from a place of love and respect, they're coming from a place of economic advantage or disadvantage or profit margins. There's no way we can get the development we need that way.

Back to the album. The first single featured a collaboration with Carlos Santana, how did that come about?

Carlos is someone that I respect a lot. He mentioned me in his book and that's how I found out that I was on his radar. I'm really glad we were able to build that bridge. It's not just a musical bridge, it's also cultural and spiritual. I'm happy that Carlos also engaged from a place of deep love and respect, and I thank him and honor him for that.

I read Yasiin Bey and Nai Palm will also be featured in some new work?

We're planning to have a remix album and they're going to be on that. We have not started, we have not done it yet. It's maybe 80% sure.

The partnership between Robert and I has always been growing. We've always been two people who are curious about each other's styles and look for ways to bring the best of both worlds when we work together. And it was the same with this project. I'm always very happy and honored when he's on board and we're able to do some good stuff.