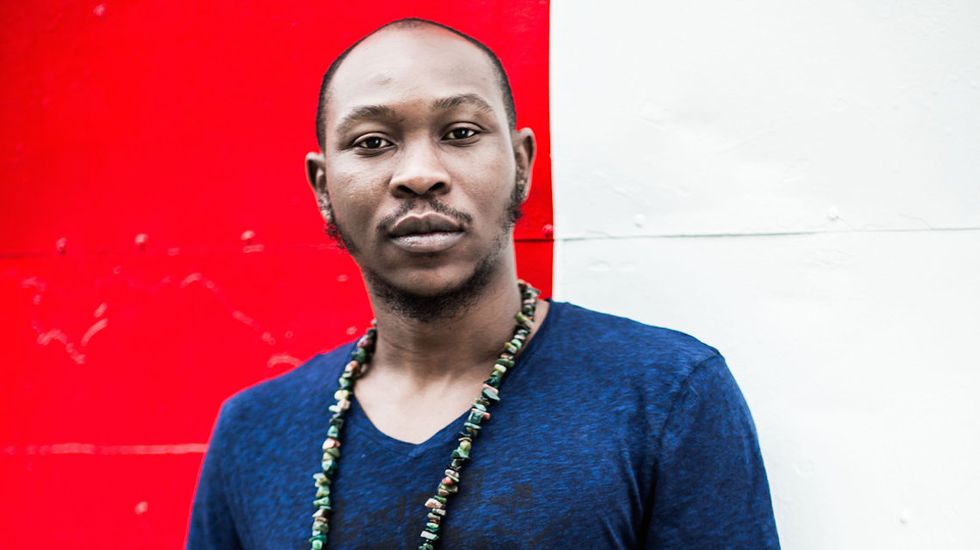 Seun Kuti & Egypt 80 recently hosted an energy-packed live concert with Boiler Room at the legendary London jazz spot Ronnie Scott's. After an extended introduction by keyboardist Tajudeen Lekan Animashaun, who played in Fela's original Egypt 80 band along with several of the night's musicians, Seun Kuti came out to a rendition of his father's "Opposite People."

"I start my shows with one of my father's songs as a sign of respect to the man," Seun mentioned as he and the band steamrolled through a lively set that also included "IMF," the M1 of Dead Prez-featuring lead single off his most recent album, "Black Woman," and "Higher Consciousness."

Seun Kuti's A Long Way To The Beginning LP (one of our favorite albums of 2014) saw the Nigerian musician collaborating with co-producer Robert Glasper to create a modern version of afrobeat, which blends the genre's classic sounds with contemporary social commentary. Watch Seun Kuti & Egypt 80's one hour and a half-long Boiler Room show, premiering here, below.