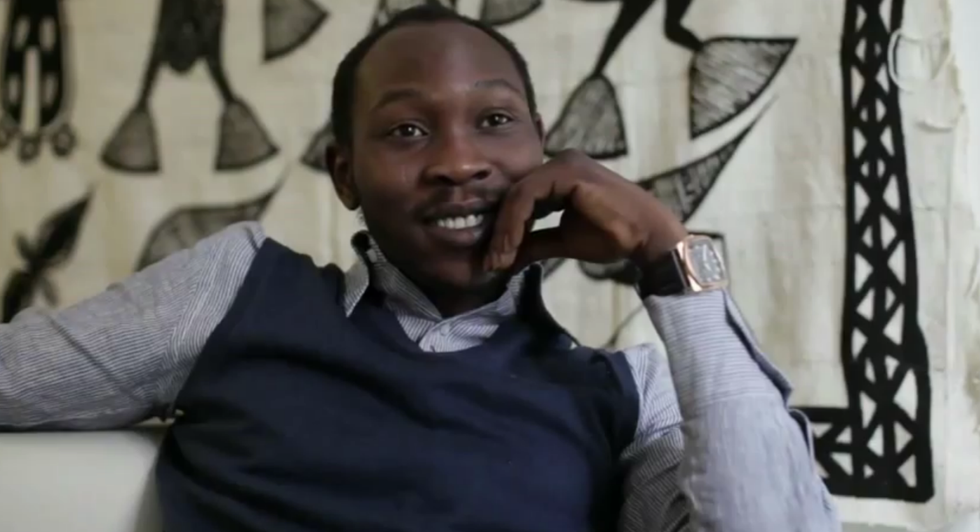 For years, the late Fela Kuti used Afrobeat to speak out against the government in Nigeria. Now his sons, Femiand Seun Kuti, are 4th generation musicians with their own political message. Leading up to his recent performance in London with members of his father's band, Seun stopped to speak at the School of Oriental and African Studies (SOAS) with professor and BBC Presenter, Lucy Duran and Stephen Chan (whole discussion in the video above). The conversation began with a recording of Seun's great grandfather, Reverend J.J. Ransome-Kuti, in Britain in 1922 singing a hymn. It was the first musical recording of its kind for release in West Africa. When the recording ended, Seun laughed and said, "My dad didn't have much love for this music."

Reminiscing about his father, Seun laughed a lot. He explained that his family required music, and was strict about practice. His father was beaten if he didn't practice, but Fela never had to hit Seun. "It's Fela. He doesn't have to beat you. He just opens his eyes!"

Not only are the Kutis known for their music, but various members of the family became other important figures. Seun's grandmother was one of Africa's first women's rights fighters until she was assassinated. Seun added, "In the Kuti family, we always try to be the best at everything."

The discussion soon turned to Seun's message: "I am a revolutionary first, and a musician second…if I had to choose one or the other, that is." Yet, Seun explained he is not the revolutionary his father was. At some point Seun realized that Africa is being affected by external forces more than by internal forces. He went on to list multinational corporations like oil companies and global institutions like the World Bank, IMF, and UN as culprits.

Seun's music is still about Nigeria, and resonates with the people there, but he blames the outside world for keeping Africa down. Seun's latest album, From Africa with Fury: Rise, calls for Africa to take control back. "We have to bring empathy back…no one has started a genuine fight for the people."

The rest of the hour-long discussion talked about issues ranging from the education system in Nigeria, to corruption in the country. The young Kuti, 28, has formulated his opionions and is using his music to share it. "I want my people to feel me, but I want the world to understand me," he said, proving that the revolutionary musician lives on.