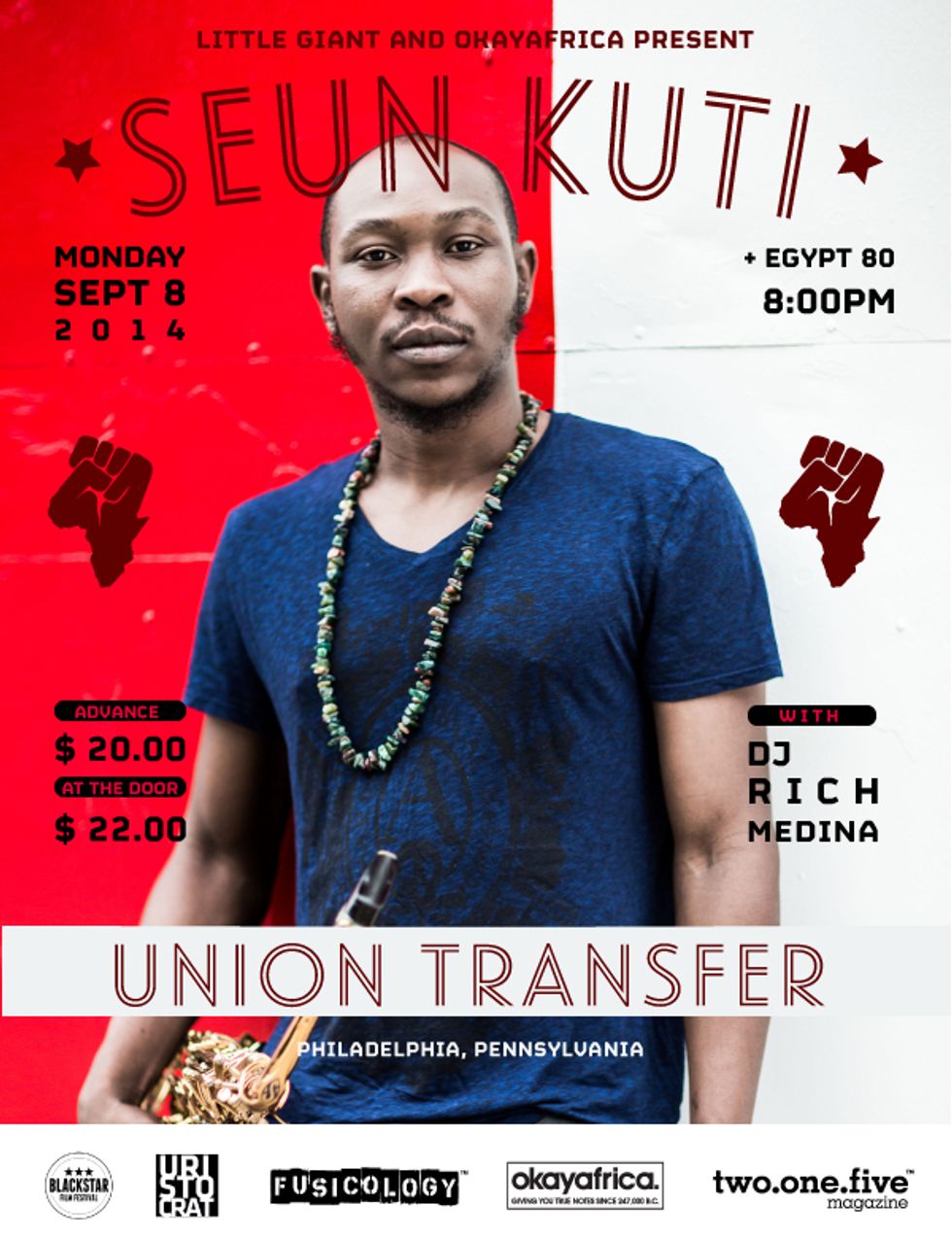 Seun Kuti & Egypt 80 are set to touch down in Philadelphia for a relentless excursion into horns, drums, & call-and-response alongside veteran spinner Rich Medina. The live show, presented by Okayafrica and Little Giant, comes after the release of Seun and Egypt 80's A Long Way To The Beginning, a 7-track album produced by Robert Glasper that aims to reshape Fela’s politically-charged afrobeat for the modern ear. Grab tickets below and see all details for the September 8 show at Philly's Union Transfer in the flyer above. In honor of the show, we're giving out 2 Fela Kuti t-shirts from our store, including the Puff Puff Pass tee (designed by Philly resident artist Thom Lessner) and the Punk Fela tee. Enter the contest below!