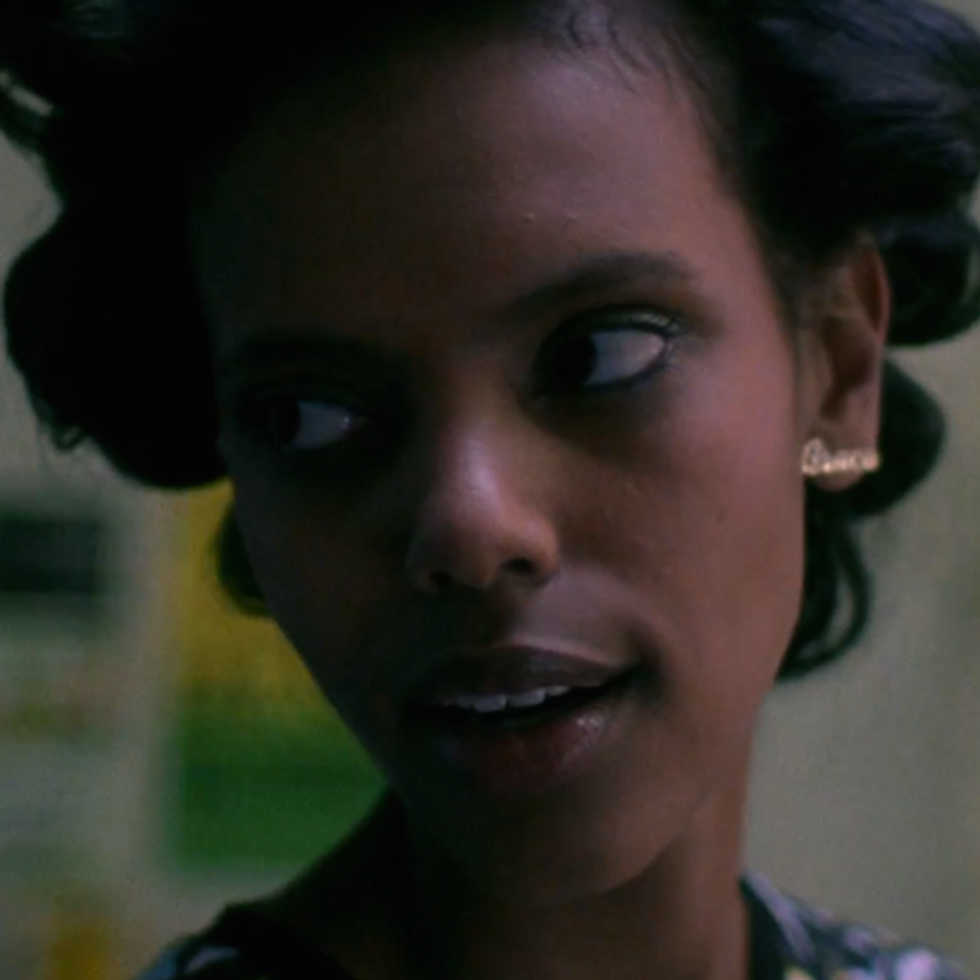 Eritrean/Canadian model Grace Mahary was recently featured in Dawn In Luxor, the latest fashion film from French luxury house Kenzo's S/S 14 collection. Directed by Indian-American Khalil Joseph, the loose narrative takes viewers to an unusual world where the mystical, beautiful, weird and paradoxical brush against each other and blend perfectly. Joseph already proved his talent and creativity with previous music videos and short films that include ShabazzPalaces' Black Up and FlyingLotus' Until The Quiet Comes. He comes back strong with this last work, which Kenzo states "is about California as a nexus of experiences. The director conjures up an otherworldly Los Angeles, awash myths and visions: a man ordering fish in a Jamaican restaurant, the regal beauty of a woman overlooking the sea, a beautiful boy paying homage to a beautiful dolphin. This amalgamation of images, at once utterly real splendidly fantastical, is deployed through a loose narrative driven by pure emotion." As to the clothing, we'll let you be the judge of how Kenzo keeps constantly reinventing their brand. Check out Dawn In Luxor below and if you want to talk about it, tweet @okayafrica with #kenzo.