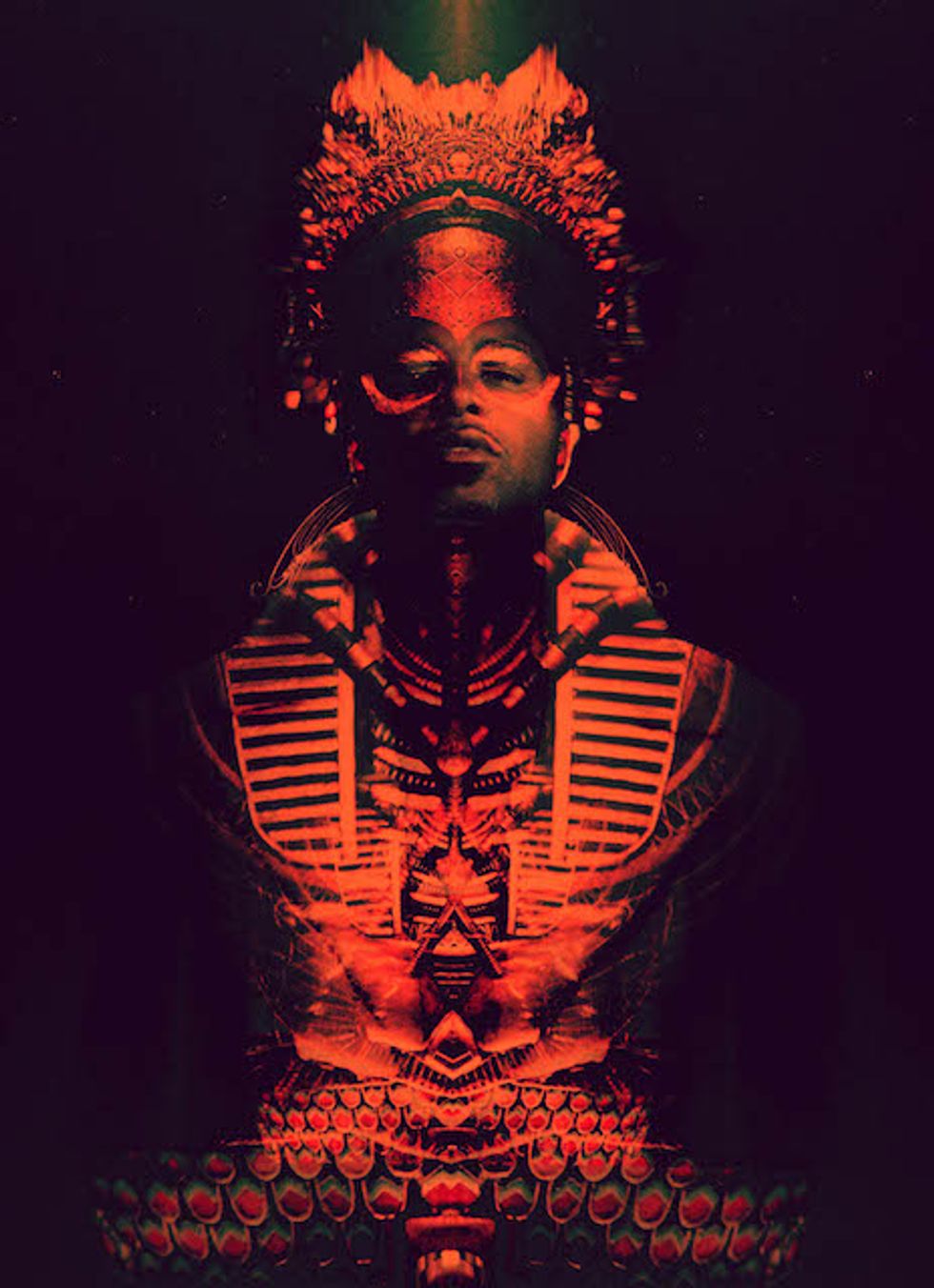 It seems as though the excellent Chimurenga Renaissance project wasn't all that Seattle-based afrofuturists Shabazz Palaces had in store for us in 2014. Three years after the release of their triumphant debut Black Up, news of a sophomore LP from Palaceer Lazaro and Baba Maraire came as the experimental hip hop duo previewed the new album during a recent hometown appearance at the Pacific Science Center Laser Dome.  Their new record is titled Lese Majesty — a subtle anglicization of the French 'Lèse-majesté' (which translates to an attack on either a sovereign power or deeply rooted beliefs and customs). The album will be out on July 29th via Sub Pop. Update: Stream "They Come In Gold" off Lese Majesty and see the album's tracklist below via GvsB.

03 They Come In Gold

07 The Ballad of Lt. Major Winnings

14 Suspicion of a Shape

Suite 6: High Climb To The Gallows

Suite 7: Murkings On The Oxblood Starway

18 Sonic Myth Map For the Trip Back

(H/T The Stranger via Consequence of Sound)