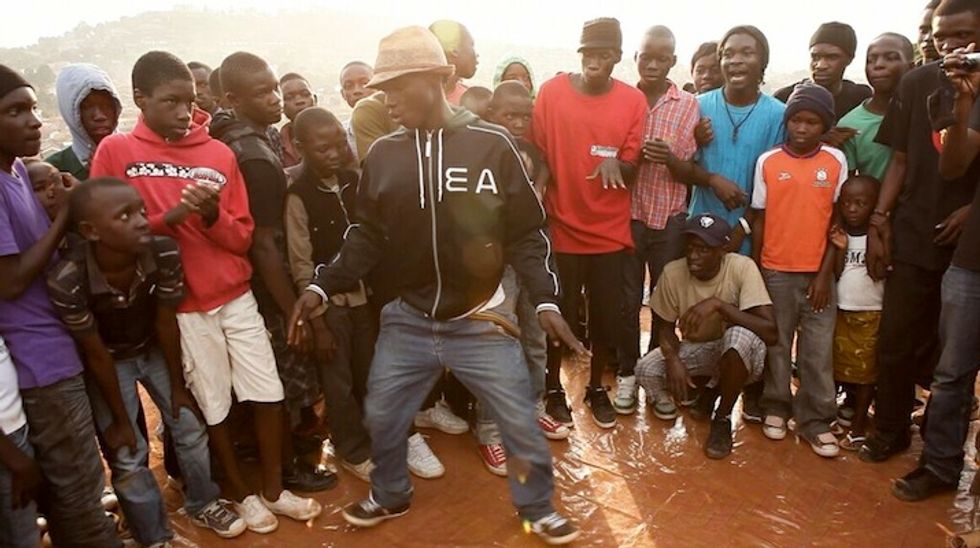 Last month we reported that Shake The Dust, Nas' new feature-length documentary about breakdancing's  global influence, had made its online debut over on Vimeo. Executive produced by Mr. Nasir Jones himself and helmed by journalist-turned-director and photographer Adam Sjöberg, the 84-minute film chronicles the stories of rappers, DJs, and b-boys across Uganda, Yemen, Colombia and Cambodia. Ahead of the film's premiere this Friday, we're excited to share an exclusive clip with you all today, in which we meet a young Ugandan breakdancer by the name of Fahadhi Kiryowa.

Sjöberg first started filming Shake The Dust in Kampala in 2010 after connecting with Breakdance Project Uganda founder Abramz Tekya. Speaking on the country's hip-hop scene, Sjöberg tells us that "Thanks to Abramz and the work of Breakdance Project Uganda, the breaking scene is vibrant and growing. Abramz has helped educate youth all over Uganda of the history of hip-hop, its pillars, and how to use it to empower and enliven individuals and communities," he said over email. "The overall hip-hop scene in Uganda is continuing to grow - with rap artists and dancers popping up every day - creating music videos and names for themselves, often starting with very little. Artists like Ruyonga are helping continue to spread Uganda’s reputation as a pure hip-hop giant across East Africa."

BOND/360 will theatrically release 'Shake The Dust' this Friday, May 15th, in L.A. at the TCL Chinese Theater. This will be followed by a limited theatrical release. The film will be available on Itunes and additional VOD outlets on May 19.