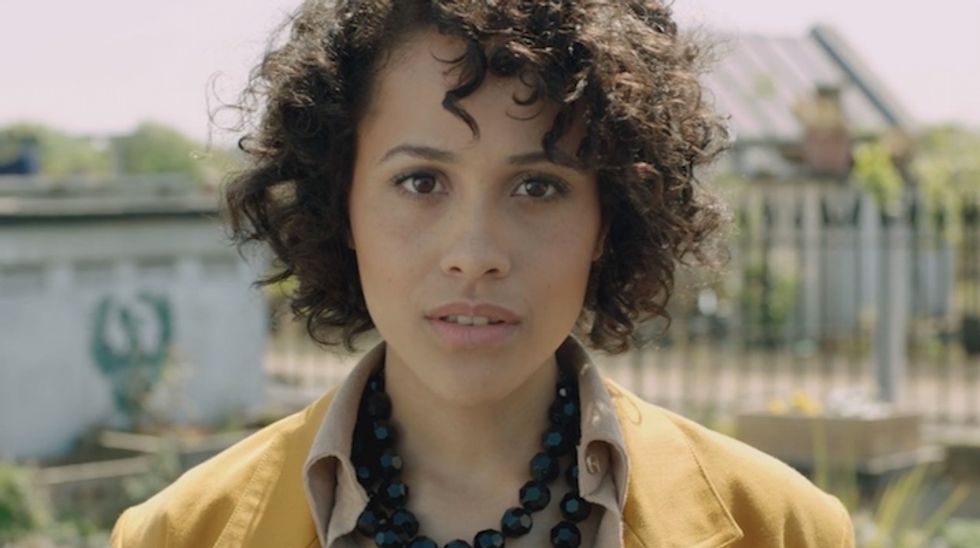 A Moving Image is a forthcoming feature film from British-Nigerian director Shola Amoo that takes a look at the rapid gentrification of South London's working class communities through the eyes of a young artist named Nina. The project marks Amoo's full-length feature debut, and he describes it as a mixed-media narrative that combines fiction, documentary and performance. "The film follows Nina, a Brixton native who returns to her community after a long absence only to be painted as a symbol of gentrification," he says. "We follow her as she interviews real people in the Brixton community blurring the line between fact and fiction."

The film traces Nina's creative process and personal growth as she tries to create a unique piece of art that captures the spirit of the South London community she's accused of destroying. It marks Amoo's reunion with English actress Tanya Fear, who had previously starred as the lead in his experimental science-fiction short Touch.

In order to complete production, Amoo and the film's producer Rienkje Attoh have turned to crowdfunding. In a statement posted on the film's Indiegogo campaign page, Amoo shares his vision for the film's impact as a resource for showcasing more narratives with female leads, representing diverse artists, and creating opportunities for South London's youth.

See below for an official synopsis and the teaser trailer. Keep up with A Moving Image on Facebook and  Twitter.

"A Moving Image is a multidisciplinary feature film about gentrification in Brixton, incorporating fiction, documentary and performance art. We follow Nina, a young stifled artist as she returns to her community after a long absence - she is soon painted as a symbol of gentrification and struggles with her complicity. She forms a three-way relationship with an actor called Mickey and a Nigerian performance artist called Ayo, who both have very different views on the changes taking place in their environment. During an unnaturally hot summer in London, Nina sets out to create the ultimate piece of art to explore her complex relationship with her community. In doing so, she poses a tricky question – is she truly part of the problem or can she use her work to be part of the solution? On her journey, she interviews people affected by Gentrification in Brixton, blurring the line between reality and fiction."