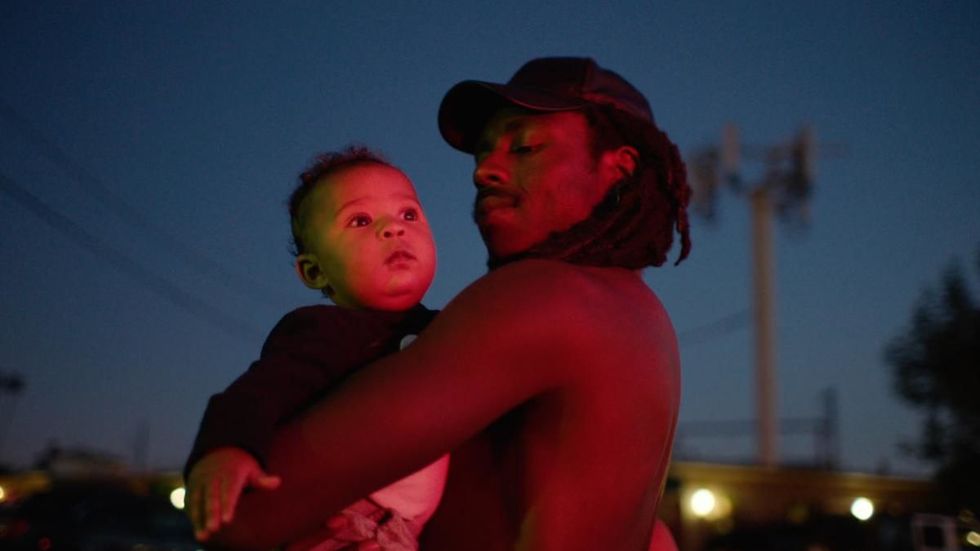 Music videos have always been the vessels that bring our favorite songs to life. Growing up in the 90s, I found them to be especially magical, exciting and dreamy. I remember copping my favorite singer’s CDs and guessing which song would become their next single and turn into a music video. When their new video came out, I was always in awe of how their lyrics were visually interpreted—like Busta Rhymes and Missy Elliott videos—which were the most innovative and afrofuturistic of the 90s.

I don’t experience the same anticipation for new music videos, possibly because the culture around it shifted—we mostly watch them online now. However, with the evolution of online music streaming, music videos moving to YouTube and social media serving as a space to relive influential cultural moments, a refreshing, but not particularly innovative form of music visuals has emerged: the musical short film.

There’s Beyoncé’sLemonade, Kanye West’sRunaway, Michael Jackson’sGhost, R.Kelly’sTrapped in the Closet, and most recently, Sampha’sProcess. These musical films, all unique in their own right, allow us to embark on stimulating visual-audio journeys with the artist and gather novel, fanciful interpretations about the music that we probably never imagined. It’s everything my child self dreamed of, with 10 to 40 minutes more to explore.

Although three songs make a solid, concise film, it’s rather short, and left me craving more. Since Freetown Sound’s inception last summer, Hynes has gradually released different music videos that, when watched together, tell a sensual story about love, community and self expression. Here’s how you can watch all of the music videos from Freetown Sound together, to construct a larger narrative, ignite interesting commentary about Hynes’ art, and design your own personal musical film experience.

“Augustine” (With a Snippet of “Thank You”)

Camera cuts to Hynes, sitting atop a moving car while an amber-afroed Ava Raiin drives and sings “Thank You.” It’s such a simple idea, but it reveals one of the many things I admire about Hynes—he loves to showcase diverse female vocalists, so much that he lets them drive his music in any direction they please. In Freetown Sound alone, he’s collaborated with Nelly Furtado, Empress Of, Kelsey Lu and Debbie Harry, who all add a significant essence to his songs.

“Augustine” is a celebration of black beauty, art, dance, women and queer culture. Colorful bodies sway and intertwine, dancers vogue on the rooftop, and Blood Orange rocks great outfits: a crop top, overalls with nothing underneath, bare feet, copper tinted glasses. It’s a playful, gorgeous video that recalls summer rooftop sessions, hanging out in the park, playing music alone in your apartment and spinning while the sunsets.

This video is much more private and intimate, with only two bodies communicating throughout. Hynes and a female dancer practice dance alone in a studio. They mimic each other's movements, laugh, support one another and interact with the mirror. Wonderful shots display their flexibility, balance, trust and harmony with one another. It’s sensual, interpretive and contemporary.

You'll notice that Blood Orange plays with black and white often in his music videos. Sometimes it is through the color of the images, like scenes shot in black and white. Most of the time, its with his dancers, who gracefully complement one another through movement and striking appearance. The grey area Blood Orange alludes to is that both races have the capacity to create something meaningful, to share artistic moments that have the power to penetrate past racial divides.

“Better Than Me” + “By Ourselves” Intro and Chance Outro

We’re in a dance studio again, but this time, with a large group of diverse dancers wearing business suits, button downs and ties. It feels like we’ve stumbled upon 9-5ers on their lunch break: they leave their dull, monotonous offices to break free and express themselves in a bright, open dance room—

The dancers frolic across the screen as a spoken word clip from “By Ourselves” plays. It’s the poem “For Colored Girls (The Missy Elliot Poem)," written and narrated by Ashlee Haze. When “Better Than Me” begins, the dancers assemble and perform an energetic routine. Carly Rae Jepsen, in a pixie cut and long trench coat, observes the dancers while singing casually. It’s satisfying, reminiscent of the 80s, but also nothing like what I'd expected this video to be—in a great way.

This short film stands strong on its own, but it can also serve as a contemplative conclusion to the collection of music videos. As a conclusion to this collection, it silently summarizes the sensitivity of his art and vision; as a standalone piece, it arouses questions on social issues, love and being.

Throughout the film, Hynes runs away from something, or perhaps towards something, but we never quite discover what it is. “With Him” echoes as he escapes or runs into his destiny.

Amandla Stenberg stars in this film—she plays the violin while Hynes plays the cello; they share a thoughtful moment by the piano. It’s therapeutic and tender, watching the young bonding with the younger, exchanging knowledge and creativity.

The emotive eyes of a woman peeks out from the shadows, while the blue and red from a police car siren looms behind her. Hynes’ music is littered with protests against police brutality and unjust deaths, and this image embodies those lyrics into a haunting, memorable moment.

In “Best to You,” Empress Of cuddles, holds and sings to a faceless lover. It's romantic but somber, told through a black and white lens. The film closes with Hynes, dancing alone in a room to “Better Numb.” It's like walking in on him while he practices alone: we see the candidness of his dance, the language his body speaks, the secrets his movements share. At this point, we’ve seen so much that we are better off nostalgic, sensitive, knowing.