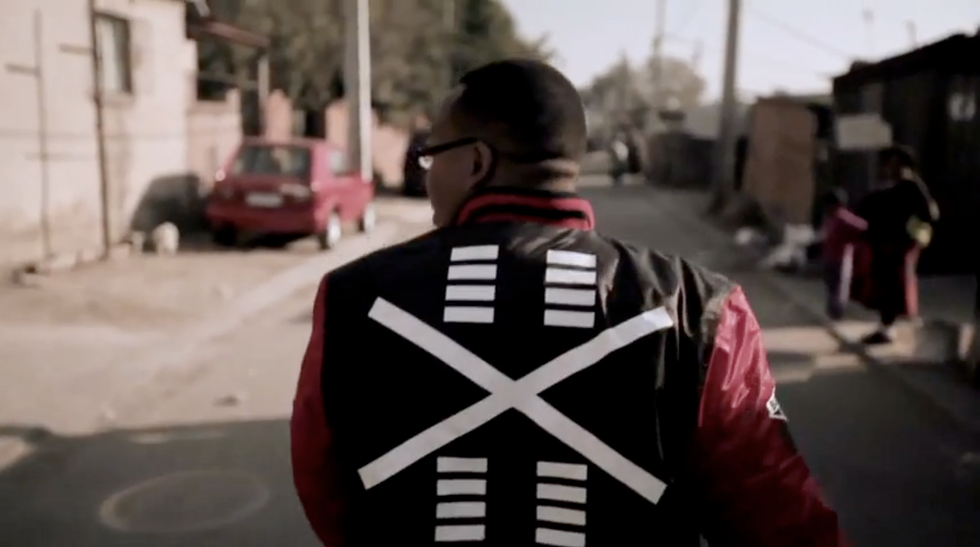 In May 2008 Ernesto Alfabeto Nhamuave, a 35-year-old Mozambican national living in a shantytown on the outskirts of Johannesburg, was set on fire and burned to death. The gruesome image of him crouched on all fours and engulfed flames, later christened as The Burning Man, circulated in newspapers and on television sets around the globe. It also marked the beginning of hellish two weeks in South Africa in which rampaging mobs went after foreign nationals, leaving dozens dead and thousands displaced. In this video Shugasmakx from the legendary hip hop crew Skwatta Kamp goes back to where the violence all began in the township of Alexandra, with a message of love, peace and unity.