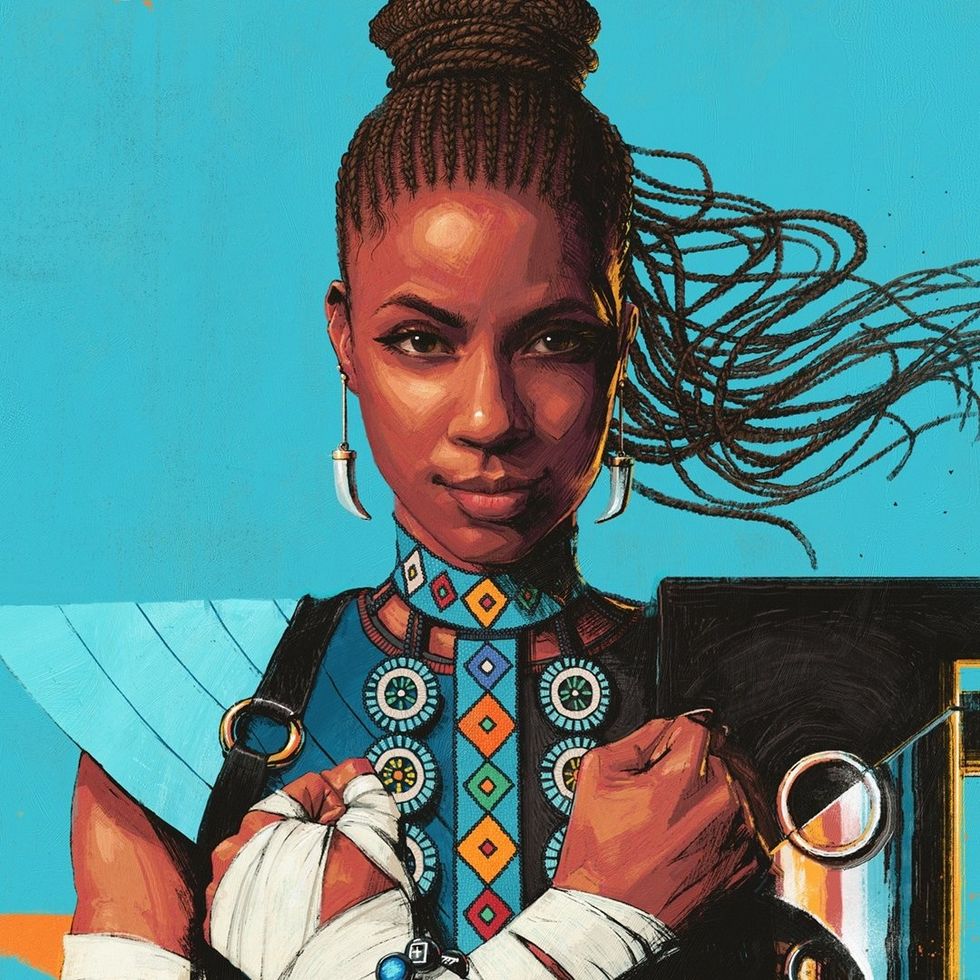 The more news we stumble on that have anything do with Black Panther and Nnedi Okorafor, the better.

The spinoff, which is eponymous with Shuri, focuses on her journey where she's forced to either choose the comforts of her gadget-filled lab or the people of Wakanda—as Black Panther gets lost in a space mission leaving Wakandans without a king.

"[Shuri is] an African young woman of genius level intelligence who is obsessed with technology and has traveled spiritually so far into the past that she's seen Wakanda before it was Wakanda. The Ancestors call her Ancient Future. And she's super ambitious. What do I love about her? Alllll that and more," Okorafor shares with Bustle. "She's a character in the Marvel Universe who really sings to me."

Okorafor also warns us not to let Shuri's princess title "fool" us and we're here for it.

Shuri is due this October, with art by Leonardo Romero.

Nnedi Okorafor has announced that the first issue of Shuri will be released on October 17.