The Side Eye: Amber Rose, Gerard Butler, the King of Swaziland and More! 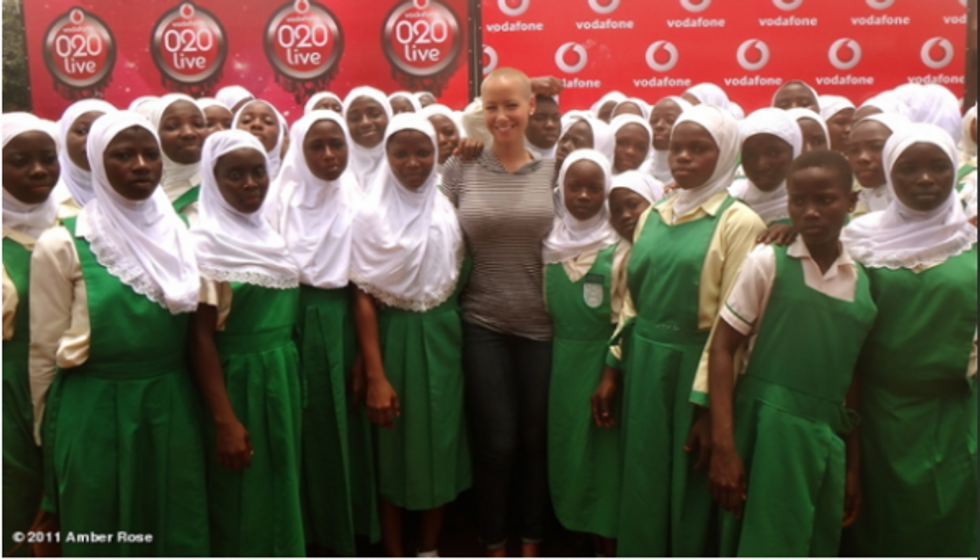 The 'Side eye' is the facial response given to people, events, or actions that are silly and ridiculous. Side Eye Stories will summarize instances that we can't be bothered to write a long-form response to, but wanna express our skepticism towards. Without further ado, here are this week's picks:

Machine Gun Preacher premiered last Friday - a little late in the game don't you think? What year is this? 2006?

We thought Hollywood exasperated their white-man-in-dark-Africa narrative after The Last King of Scotland and Blood Diamond. But alas, here comes Gerard Butler in a bid to take on the "dark continent" and save some Africans.

We're always pleased with the way that these strong heroes end up saving themselves in the process of "saving" Africans. Because, you know, African settings are only useful to stage the white man's transformation. We also love the way the Africans in these stories are dehumanized - and their heinous conflicts depoliticized - to augment the resilience of said white dudes. Mega SIDE EYE and some ROLLING EYES.

And a ton more, after the jump.

Above is the new official poster for the biopic, Winnie starring Jennifer Hudson and Terrence Howard as Winnie and Nelson Mandela. We don't really expect this film to be taken that seriously - as the poster says, it's some sort of epic "love story" - but we'll get cranky if it misrepresents and de-contextualizes the struggle, nah mean? It received a pretty mild review at the Toronto film festival.

According to moejackson.com,  the King of Swaziland Mswati III was caught wandering the streets of NYC this week with some of his wives, apparently staying at the same hotel as the Kardashian family. Sadly, that's not the King of Swaziland. [Editor's note: we made the joke clearer this time around.]

Last but not least, Amber Rose went to Ghana to talk to school girls about women's empowerment. We first gave her a major stank face (akin to the side eye but more hardcore) but then we read her blog and felt kinda bad. (Side note, kudos on the elements of style. We too will go with "ppl" from now on.)

"Why wouldn’t I speak to those girls? I AM West African just like them, I grew up poor just like them, most of those girls quit school to take care of their families JUST LIKE I DID. So how the hell do they not relate to my life and I theirs??? Talking to those young girls wasn’t a job for me feeding those kids wasn’t a job for me it wasn’t for publicity and I didn’t get paid to do it. I went there cuz I LOVE to help ppl. I DON’T want a pat on the back for shit that I do from my heart or even a thank u it was my blessing to go out to Ghana it is a second home for me now and it changed my life FOREVER!"

If you have side eye suggestions from around the internets, forward them to Swank at okayafrica@okayplayer.com