Sinkane's New Album 'Life & Livin' It' Is a Weapon of Hope 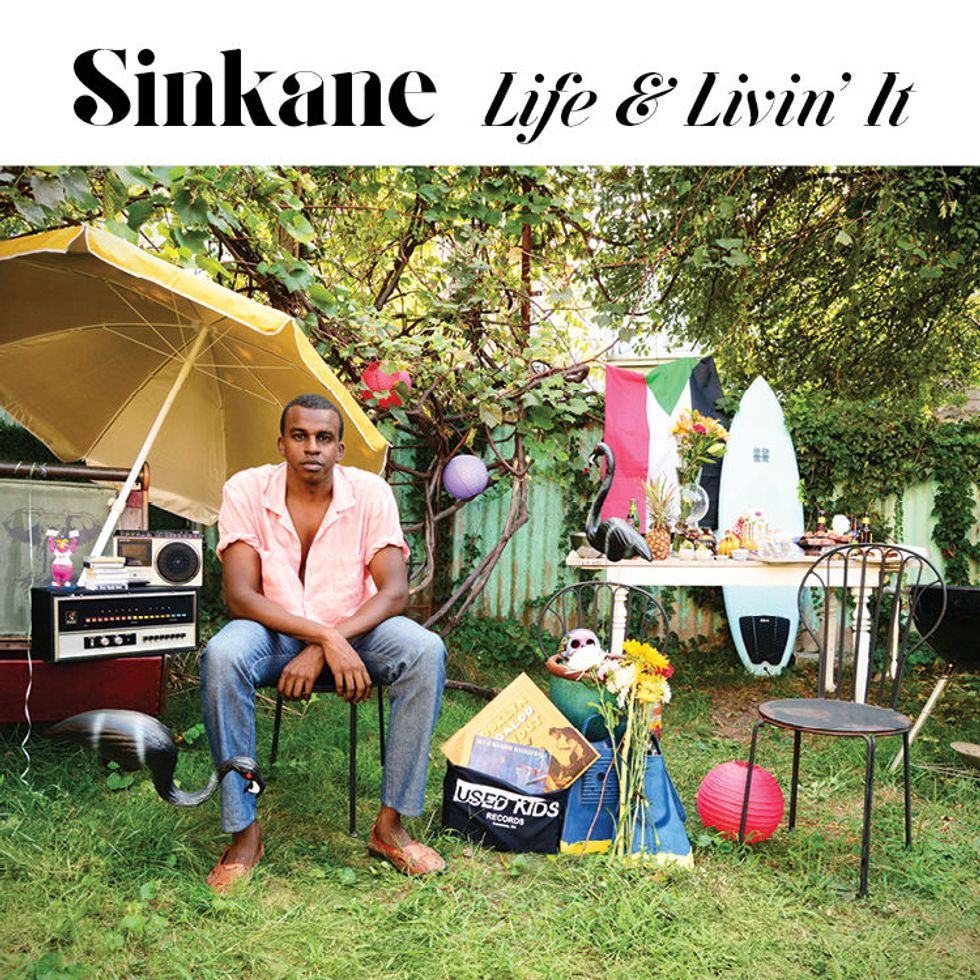 Sinkane expertly channels the spirit of William Onyeabor on his latest album 'Life & Livin' It.'

Over the course of a nearly decade-long solo career, Ahmed Gallab's Sinkane project has witnessed a bewildering evolution: from progressive rock to an ecstatic, trans-Atlantic blend of Sudanese pop influences and American funk.

Age and experience led the Sudanese-American multi-instrumentalist and producer back to the music of his heritage. Picking up with the gleaming afro-futurist rock of his 2012 breakout album, Mars offered a dramatic counterpoint to his initial LPs—the first glimpse of Sinkane’s new, cosmopolitan direction.

Two years later, Gallab would take on the role of musical director for the Atomic Bomb! band, a phenomenal supergroup of artists covering Nigerian electro-funk legend William Onyeabor. Onyeabor wrote and produced eight records of original material in the '70s and '80s, wildly innovative synthesizer workouts over irresistible grooves that eventually gained a cult following among dedicated music heads. But before the world could discover his sound, before it could ever be performed live, the mythic musician renounced his art, found God, and became a businessman.

Everyone from David Byrne to Damon Albarn to Money Mark (including members of Hot Chip, LCDSoundsystem and Blood Orange) were involved in the band, joined in an effort to faithfully recreate this lost music. Gallab would eventually meet and perform with spiritual jazz guru Pharoah Sanders, an artist whose rich catalogue inspired the conception of Sinkane, he explained in an AXS interview.

Hype around the project would slightly eclipse the buzz of his next album, Mean Love, released the same year as the Atomic Bomb! band’s brief yet remarkable run of shows. The collaborative process would change his life and ultimately lend Gallab the creative confidence to produce his newest album, Life & Livin’ It.

Sinkane’s fifth studio album comes to us just a few weeks after the death of William Onyeabor, eerie considering how well the tenacious new record embodies the late musician’s legacy.

There are songs on the nine-track Life & Livin' It that directly reference the urgency and intensity of Onyeabor staples like “Fantastic Man” and “Heaven and Hell,” exceptionally jubilant vamps with a psychedelic edge. But the Onyeabor presence permeates in less obvious ways, more in principle than in practice.

“The songs were distinctly African but wore an American influence so earnestly,” Gallab wrote in an op-ed for Clash Magazine describing the first time he heard Onyeabor, “For the first time I related to music that felt so much like my experience.”

The new Sinkane record thrives on such earnest intentions, on its ability to marry the disparate worlds of Sudanese pop and Ethio-jazz grooves against Western rock. Tracks “Favorite Song” and “U’Huh” adopt a colloquial African swagger, using Sudanese Arabic for impossibly cool hooks like "kul shay tamam” (“everything is good”).

Brooklyn afrobeat ensemble Antibalas contributes horn arrangements to the mix, bolstering the beat and lending an essential ounce of soul on more than a few cuts. The result is a defiantly celebratory record, producing his tightest, most energized and straight-forwardly funky set of songs to date.

Where previous albums reveled in their stylistic diversities, Life & Livin’ It is by far Sinkane’s most consistent vision: an elegantly executed pop album about determination, self-preservation, and positivity in the face of adversity.

There’s an ongoing message of solidarity that points a finger at the political tensions existing both here in America and in Sudan. On Life & Livin' It,  Sinkane occupies two embattled worlds with a weapon of hope, addressing his Western audiences while making a solid attempt to infiltrate the cultural bubble of Sudan.