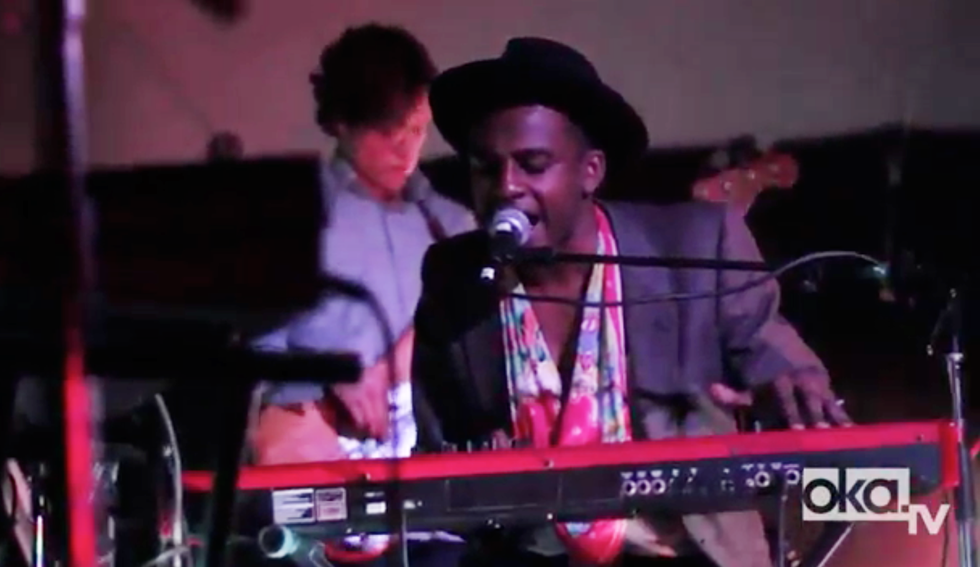 Okayafrica TV caught up with Ahmed Gallab aka Sinkane at his first ever live performance with his new band at Brooklyn's Cameo Gallery.

Okayafrica TV posted up at Brooklyn's Cameo Gallery for Ahmed Gallab aka Sinkane's first ever live performance with his new band. We caught up with Sinkane to talk about his family's move to America from Sudan on political exhile, his teen punk years, playing with Yeasayer, Of Montreal & Caribou and the influence of Sudanese music on his current songwriting. Catch Sinkane live at our Okayafrica Showcase with The Very Best at his August residency at Zebulon in Brooklyn. Also be sure to check out Ahmed's exclusive Africa In Your Earbuds mixtape.