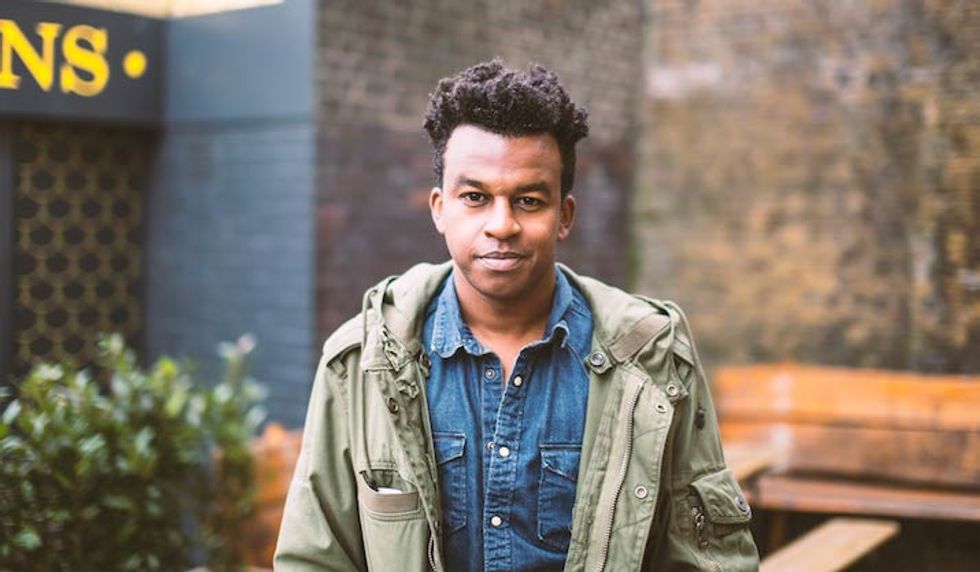 Sudanese-born, Brooklyn-based music polymath Ahmed Gallab, also known as Sinkane, released one of our top favorite albums last year, the 10-song Mean Love LP. One of the album's strongest moments was the drifty, dub-infused track "Young Trouble," and now the song has an equally hazy and colorful music video to accompany it. Directed by Philip Di Fiore, the video is a psychedelic montage of the band performing with added visual effects generated from experimental digital processing. In explaining the applied techniques behind the video's production, Di Fiore tells The Fader:

"I don't know of anyone who has taken video footage and manipulated it by running it through musical equipment and keyboards. We took our inspiration from photographers, filmmakers and videomakers who have dared to be playful and curious by altering, distorting and messing with their work in order to find out what can happen when you push a medium outside of its comfort zone. We were able to get beautiful combinations of colors and waves of light which moved with the musicians–as if we filmed the band live at the Aurora Borealis."

Watch the new video for 'Young Trouble' below. Sinkane is currently touring Europe (check out his dates below) and will also be playing NYC's Terminal 5 with Toro Y Moi on May 1.