Sites and Sounds From South Africa's Back To The City Festival 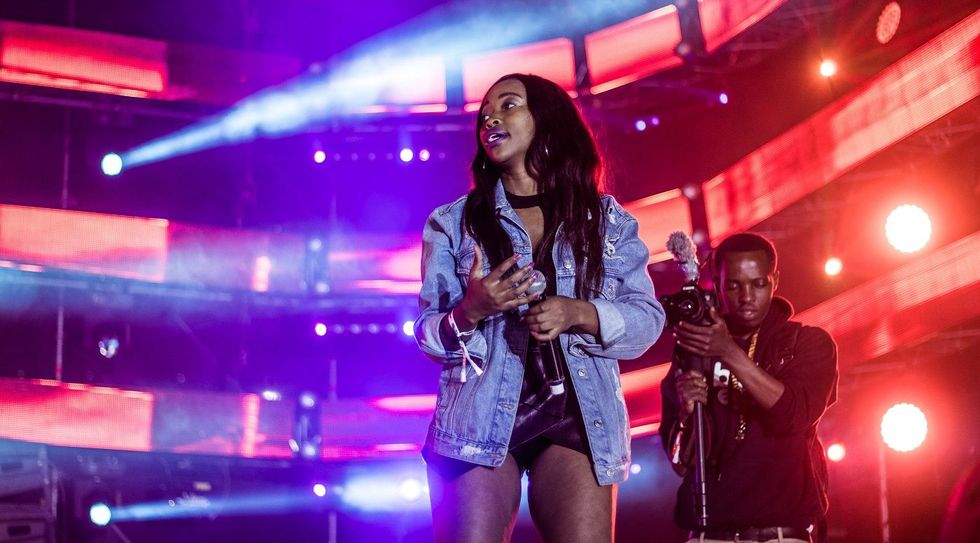 This year's Back to the City Festival—South Africa's biggest and best hip-hop throw-down was a riot of style and cutting edge performances. Here are the pictures.

South Africa’s biggest street culture and hip-hop festival, Back To The City, took place last Thursday—Freedom Day. Now in its 11th year, the festival boasts an attendance of approximately 25,000 hip-hop heads from across South Africa.

The biggest challenge for a fan during the event is catching acts from across all three stages – given performances on the festival are an average of 15 minutes. We stuck to the main stage, where most of our favorite acts were performing.

Back To The City focusses on all four elements of hip-hop – so, as usual, there were graffiti artists embellishing the concrete pillars of the bridge that runs about Mary Fitzgerald Square in Newtown, Johannesburg. There were break dancers, skateboarders, ‘ballers, and an array of deejays such as DJ Switch, DJ Papercutt, DJ Kenzhero, Themba Lunacy, DJ Sliqe and more.

The best thing about Back To The City is that it caters for all of rap music’s sub-genres. Most hip-hop events either focus on mainstream or “underground” rap—never both. It’s only at Back To The City where you will get to witness Tha Hymphatic Thabs and Emtee on one stage. It’s always interesting watching how the audience reacts to these different kinds of artists, and it says a lot about South African hip-hop fans’ tastes and knowledge of the genre.

American artists such as Apollo Brown & Skyzoo, Mazzi, Cappadonna (Wu Tang), added another flavor to the prevalently South African line-up. South African rap superstars such as Cassper Nyovest, Emtee, Stogie T, and more niche artists such as N’Veigh, Smerf Illest, Yugen Blakrok, Mr. Beef, Big Zulu, and Uno July, graced the main stage, and impressed. The more left-field artists such as ByLwansta and Revivolultion were on the Play Stage, where the MC and beat battles were taking place.

There was also, as usual, the Hip-Hop Summit before the performances, where hip-hop scholars and artists such as Skyzoo, Andile Mathobela (founder of zkhiphani.co.za, Keke Mokeona (artist manager), T-Lee Moiloa (artist manager) and more, shared what they know about the game to an audience of up-and-coming artists and media peeps.

Even though better than compared to previous years, time management at the festival was an issue–some performances were cut short, while some–most notably Kwesta and Kid X–didn’t happen at all.

The sound was crisp, and the atmosphere was robust, as usual, the place was teeming with cool kids dressed in the most colorful outfits and kicks, puffing marijuana and downing beers like there was no tomorrow.

As the platitude goes, hip-hop won.