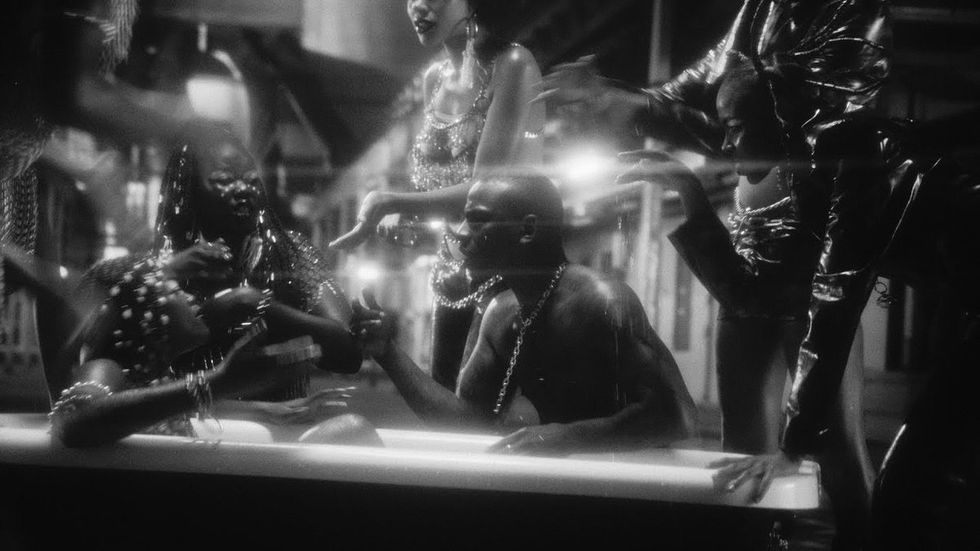 The British-Nigerian rapper shared two new gems with us this morning.

Skepta has released the long-awaited music video for his single "Pure Water," his first official single of 2018 which he released back in May.

The grime rapper teased the music video with an Instagram post of him in a tub surrounded by a group of fierce women back in June, and now the self-directed music video has arrived.

The hazy visuals see Skepta performing in various dark settings. In some of the more striking scenes, the rapper performs while surrounded by a group of sharply dressed women, who appear to be channeling the Fela Kuti Queens. Skepta himself dons Fela Kuti style face paint throughout the video as well.

Wizkid, who Skepta most recently collaborated with on the anthemic "Bad Energy,"makes a quick cameo towards the end of the video. The visually dazzling video ends in a rave before Skepta discovers what looks like a UFO.

Check out the music video below.

On the track, Skepta delivers his quintessential, hard-hitting rhymes atop steely production from Cards Hill. Both artists talk that talk throughout the 3-and-a-half minute song, with LD proclaiming himself the "King of Drill."

Have a listen to the gritty track below.