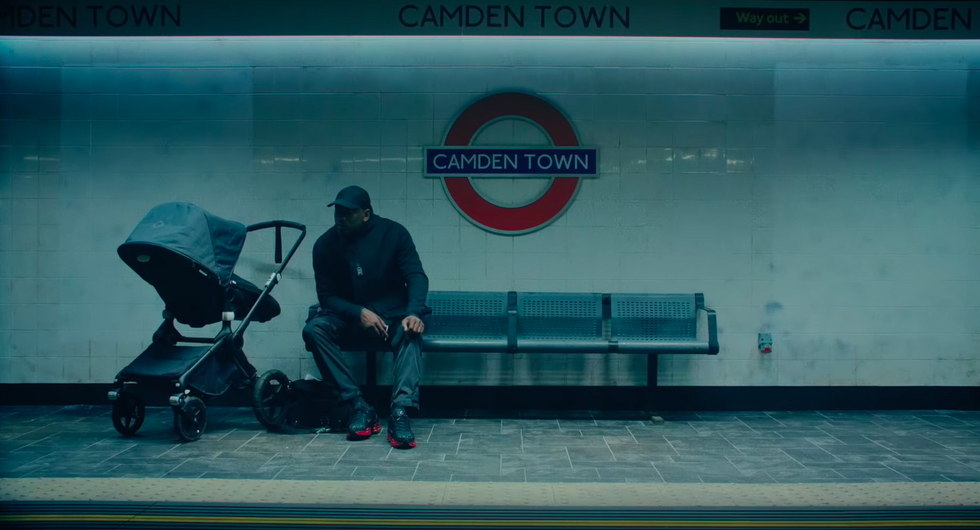 Skepta's upcoming album, Ignorance Is Bliss is on its way.

Skepta drops the music video for "Bullet From a Gun," the first single from his highly-anticipated forthcoming album Ignorance is Bliss.

After dropping "Bullet From a Gun" earlier this month—along with the track "Greaze Mode"—The British-Nigerian rapper has given the pensive, self-produced track a video that fits its serious mood. On the track, Skepta raps about his Nigerian heritage—recalling his mother explaining the meaning of his Yoruba name—as well as the birth of his daughter and past relationships.

The nearly 3-minute clip, sees the artist sitting at a bench in London's Camden Station with his newly-born daughter's stroller next to him, during what seems like a typical day in London. He sits quietly and raps along to the lyrics as various characters pass him, and stop to sit at the bench as they go about their days.

The video was directed by Skepta himself along withDuncan Loudon.

Skepta's Ignorance Is Bliss is due out on May 31. Watch "Bullet From a Gun" below.

Skepta - Bullet From A Gunyoutu.be