Skepta Shouts Out Wizkid In His New Album ‘Konnichiwa’ 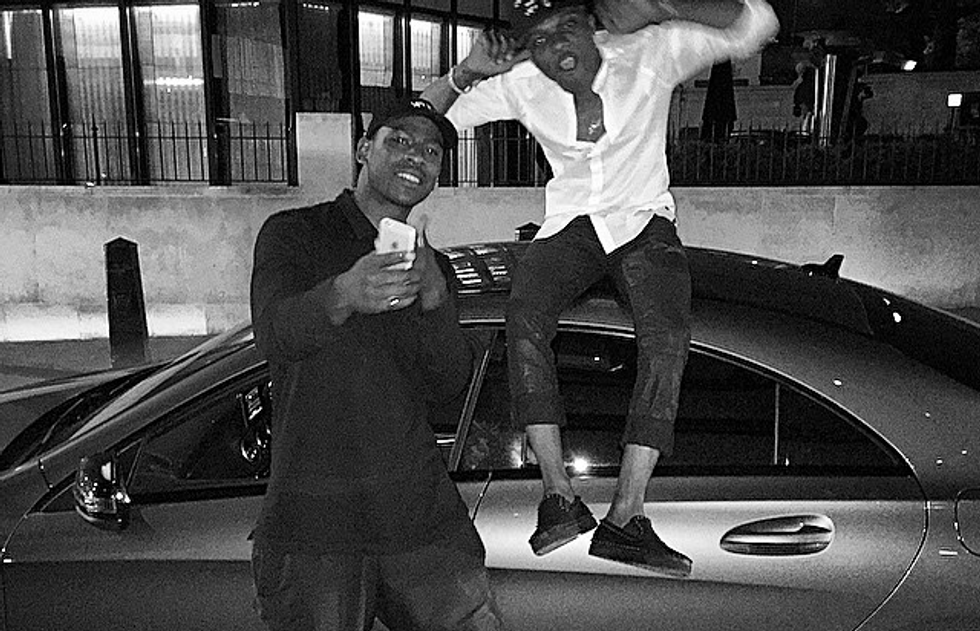 Skepta reps for his Nigerian background once again and shouts out Wizkid in "Konnichiwa"—we're seeing the signs of a budding bromance.

Skepta just came out with his long-awaited new album Konnichiwa, a 12-track release that features some of the hands-down best UK grime bangers to come out in recent years—like “Shutdown,”“That’s Not Me,” and “It Ain’t Safe.”

A stream of the album’s title track “Konnichiwa,” the first song on the LP, sees Skepta repping for his Nigerian background once again and shouting out a certain Naija super star: “We took it back to Africa, ask Wizkid I can’t explain.”

We know Skepta was the one who first played “Ojuelegba” for Drake, which sparked the monster remix that catapulted Wizkid into the American and European mainstream and led to "One Dance." So, it’s not a huge surprise to hear him big-upping the Nigerian star again.

In fact, Wizkid already returned the favor on his Instagram:

There's been many signs of a budding bromance but what we really need though is an official collaboration between these two. Skepta, Wizzy: make it happen!

Me and the legend Wizkid performing Ojuelegba last night in Lagos, it was a moment. Wish you were here fam @champagnepapi ??