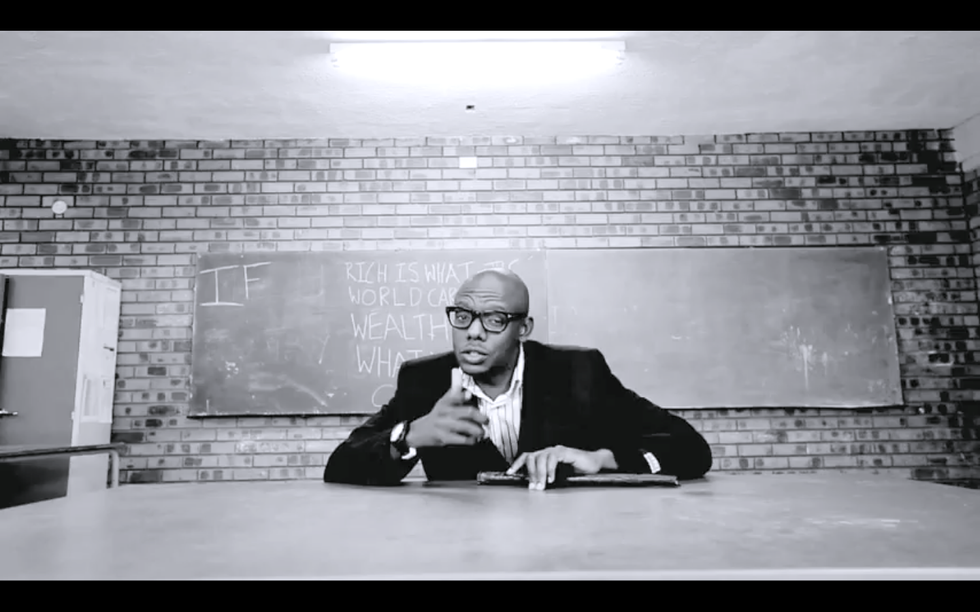 Oh boy, according to a report by the Sunday World the South African Broadcasting Corporation (SABC) has decided to ban legendary hip hop emcee Slikour’s  "Blacks R Fools" after complaints that the controversial jam is an affront to black people’s dignity.

Word from the SABC spokesperson is that the song has “not been played on SABC 1 [the TV channel with the highest ratings] or any other radio station since the outcry because our policy stipulates that we should not play anything that promotes hate speech”. Problem is, if you listen to the lyrics, Slikour’s raps are anything but.

At a time when the criticism levelled at hip-hop is that the genre has sashayed into a creative cul-de-sac of rhyming about chains, cars and chiquitas Slikour sidesteps obsessive brand consciousness to deliver thematically daring substance. Yet the brother can’t catch a break?

Granted, the title of the song was a catastrophic misstep on the Slikour’s part and he’s admitted as much. It casts the phrase "Black R Fools" as a definitive statement and as one brother pointed out, “we cannot accept a title asserting that blacks are fools”. Still, we can’t silence Slikour on that account. Rightly or wrongly, everyone has a right to be heard; even if it makes us uncomfortable.

Update: It's come to our attention that the article we (and many other publications) cited from Sunday World ZA mentioning the ban of Slikour's was misinformed. Stay tuned for a more in-depth explanation, but for now see Slikour's tweet below (thanks to commenter Hasan Wazan):