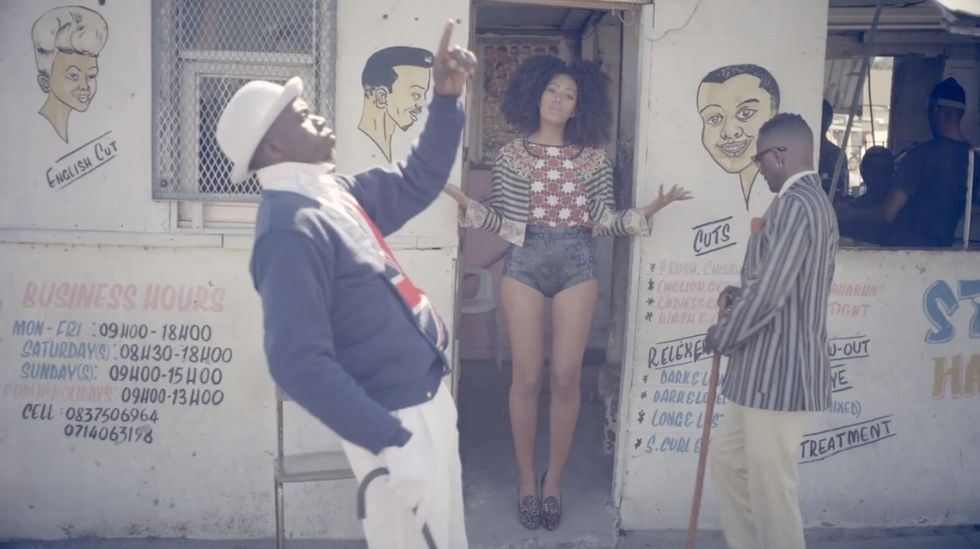 Solange flew to Cape Town to film the video for her break-up single "Losing You," a synth-flanked ballad co-written and produced by Blood Orange's Dev Hynes (who's been racking up those production credits). Notably featured are a band of hyper-sharp sapeurs inspired by Daniele Tamagni's Gentleman of Bacongo book. In an interview with Fader, Solange delved on the video's Congolese inspiration:

What’s so exciting to you about the Sapeurs? I think it’s about the fact that they really believe that this interpretation of style is giving praise to God. Sort of marking their place in the world. There are all of these commandments that a Sapeur must abide by. Sort of like a society. [It's amazing] to really be able to capture that in its origin, which is in the Congo, which is in Brazzaville, a place that has had its fair share of horrific things happen.

They’ve been able to just sort of create this movement and have the foundation of it be about, you know, having style and grace and edict and portraying that in every way. It’s not just about the fashion, a Sapeur must know how to speak French, a Sapeur must know how to tie his tie the right way, he must have perfect posture, just that classic edict. It’s so amazing, especially in contrast to what Brazzaville is like, which is why I think the book was so interesting to me.

Watch the Melina Matsoukas-directed video above.