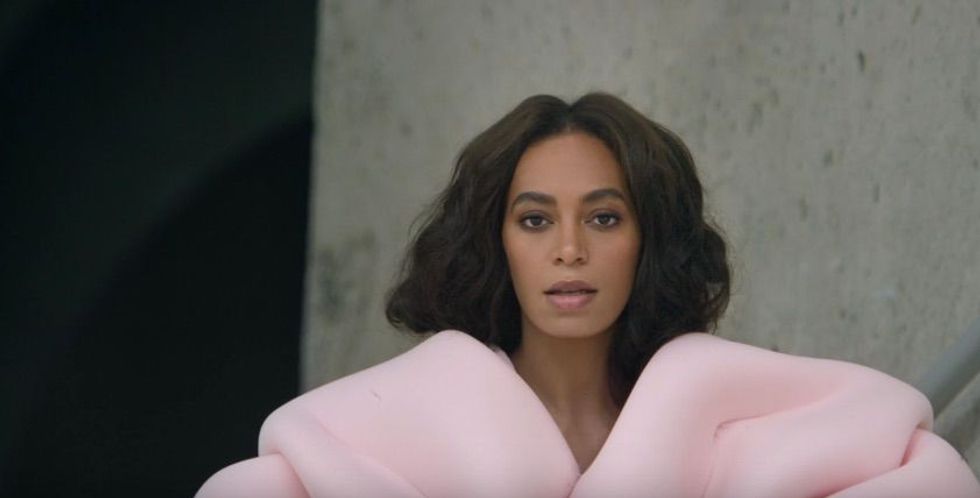 Described as “a project on identity, empowerment, independence, grief and healing,” it’s accompanied by a digital book of lyrics/poems and photos taken by Barcelona-based photographer Carlota Guerrero, who shot the album’s cover image and is credited with art direction on the project.

Late Sunday night, Solange shared a pair of new music videos off the album for the Sampha-featuring “Don't Touch My Hair” and “Cranes in the Sky.” Directed by Solange and the singer’s husband, Alan Ferguson, the videos have the kind of gorgeous aesthetic you’d expect from a Solange visual.

A Seat at the Table is out now. You can grab it at Apple Music.

My husband Alan & I created two visuals for #ASeatAtTheTable

You guys are literally making my arm pits/ palms sweat so much, lol.

Big love to my mama and friend tim white for making this number for me for the #cranesinthesky video ?https://t.co/T7Vn2MPNLrpic.twitter.com/a8eFJqWaU1