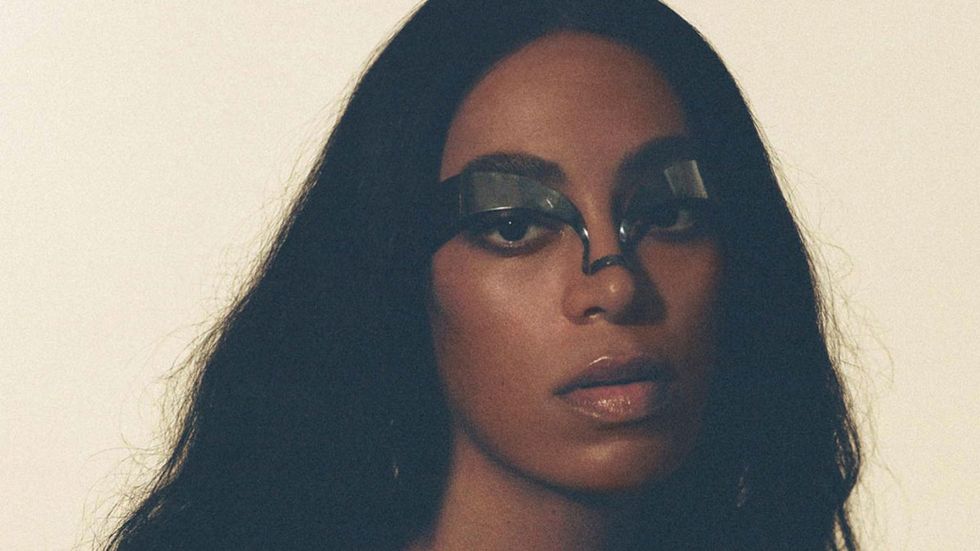 'When I Get Home' album cover.

'When I Get Home' encourages us to reflect on the unique spaces that make us who we are.

The feelings I get from listening to Solange's new albumWhen I Get Home connect me to the spaces where I'm most comfortable, like the warm home of my favorite uncle, smelling of black and milds and thick with my cousins' laughter and memories of childhood antics. Or the marijuana smoke-filled apartment of one of my oldest friends where, in cramped quarters, I'm encouraged to share ideas from the oddest corners of my brain over games of Apples to Apples and UNO.

When I Get Home feels and sounds as though Solange has identified those distinct spaces and events for herself, and channeled them into an album rich with references to her Texas upbringing. Whether or not others relate, or even understand, is beside the point, because these experiences are her own.

The first time I heard Solange's TrueI wasn't immediately sold. I had expected soulful, retro R&B in the direction of her earlier songs like "I Decided," "T.O.N.Y." and that unforgettable rendition of "Stillness is the Move." Instead it was a minimal, 80s pop-leaning EP that I otherwise found hard to describe.

But I was a fan of Solange's style, and a close college friend whose musical taste I respected, inspired me to add it to iTunes where I continued to revisit it, slowly discovering the details that made it worthwhile.

The album gradually blossomed for me, and eventually became part of my regular rotation.The angst on "Some Things Never Seem to Fucking Work" and the raw, Minny Riperton-esque emotion on "Bad Girls (Verdine Version)," gripped me and now the song remains a sweet spot of college-age nostalgia.

Solange's willingness to experiment on True was its best quality. This is even more evident now with the release of her fourth studio album When I Get Home.

With When I Get Home, Solange is offering listeners "an exploration of black origin," as she mused on her BlackPlanet page, and her focus is on championing the ambience and sound of her hometown of Houston, the place that shaped her.

The idea of connecting to a place of "belonging," and finding one's' home, speaks directly to my reality as a second-generation Nigerian woman who grew up in Miami but has lived in many places in between. For so long I'd been uncertain of where exactly home was.

Like my uncle's house or friend's smoky apartment, home has become any setting—real or imagined—where my many cultural "selves" don't have to be at odds with one another. It is hard to find, but I feel a sense of nourishment from those spaces where they are able to coexist. For me these places are intimate personal spaces, and not necessarily regional ones as Solange describes, but they sense of self that they have instilled in me are just as significant.

The 19 tracks and interludes on When I Get Home flow seamlessly into one another, making transitions into new tracks more ambiguous, and reflecting a sense of comfort that Solange has found in her sound. Because of this, the album demands to be listened to as a whole.

Whereas A Seat At The Table is largely made up of anthems like "Don't Touch My Hair" and "F.U.B.U" that centered black womanhood in response to the political climate of the day, When I Get Home is a micro-level affair, less concerned with common denominators and more with conveying the singer's individualism as a black woman with strong cultural roots in the South. You'll find this in the chopped and screwed feel of 'Almeda" and the smoked out, Southern feel of 'Down With the Clique," which also fuses elements of acid jazz. When I Get Home goes back to the things that make Solange her own person, and though there's a deep focus on nostalgia and the past, ultimately the album signifies change and forward-movement.

I am still working on becoming more at home with myself—and fully digesting the fullness of the album—but as I continue this journey I foresee When I Get Home will be a time capsule of this experience, the same way True was in the latter part of my college years, and A Seat at the Table after, coloring parts of my individual experience the same way that Houston has for Solange herself.