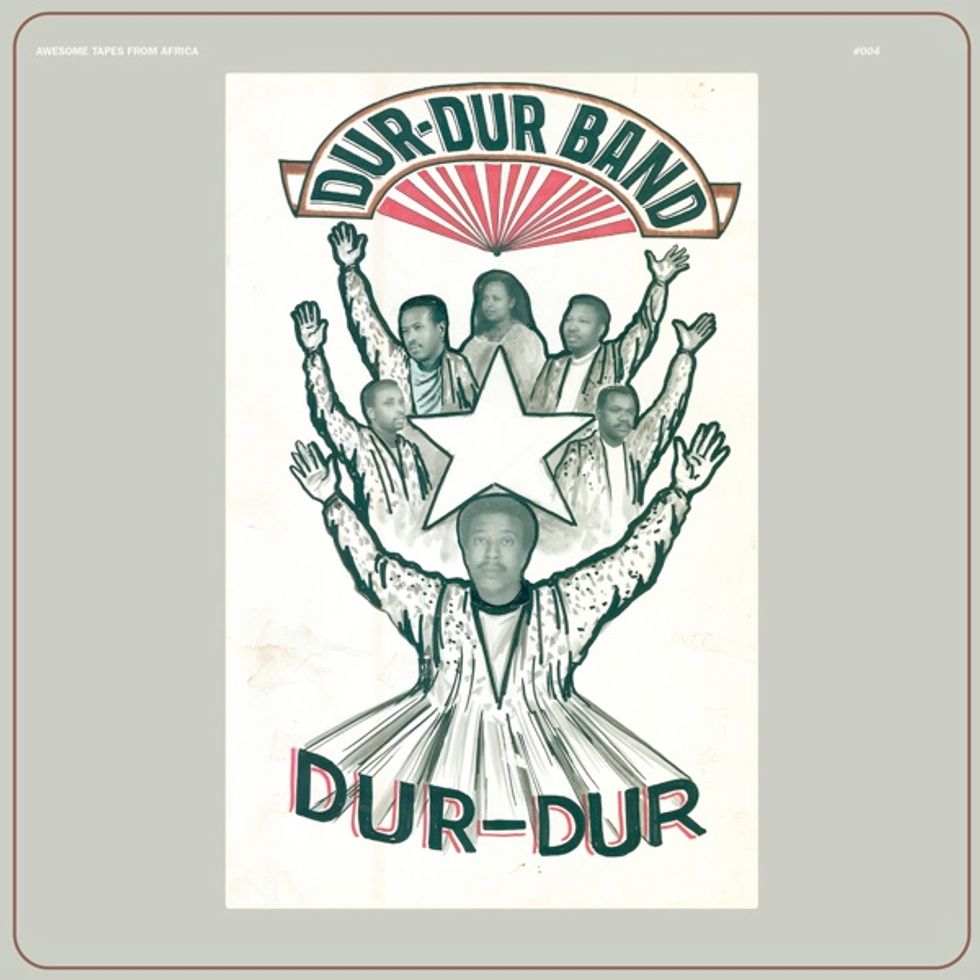 Earlier this year, Awesome Tapes from Africa helped unearth a classic Somali recording by the 1980s Mogadishu-based collective known as the Dur-Dur Band. Brian Simkowitz, the curator of ATFA, says the recordings boast a Middle Eastern-musical quality with vocals that conjure the sounds of Southeast Asia. “The way Somali musicians internalised and renegotiated American soul music and jazz is striking to me,” says Mr Simkowtiz. “The land's geographic location at a crossroads of so many worlds has contributed to a unique flavour.”

Sanaag Samataliye, a Somali music historian, explains that the 1980s, a time of relative economic stability and extreme political repression, was also one of the most innovative periods in the history of Somali music. “The musicians were consistently innovative without abandoning their roots,” he explained. “Due to the blogosphere, Somali music from the 1980s is nowadays characterised as funk. However, just like their contemporaries, these bands were very versatile and had an overarching repertoire that infused many Somali and foreign genres.” Some of the most prominent bands of this time include Iftin, Waaberi Muqdisho, and Waaberi Hargeysa, among a host of others.

Somalia boasts a rich history of poetry and dance. From the 1930s a growing number of artists started playing the rhythms, melodies and harmonies on ouds, violins, accordions and other instruments. In the process, they created new Somali genres like balwo and heello, which later cross-pollinated with music from neighbouring countries.

From the 1950s through to the late 1990s, musicians developed their craft by delving deeper into local genres. Traditional instruments such as nasaro (high ritual drum), madhuube (thumb piano), fuugwo (trumpet) shareero (lute), muufe (horn) and seese (one-chord violin) were integrated with, and in some instances replaced by, the guitar, sax, keyboard and drums. This represented a turning point. Somali music expanded beyond the confines of traditional folk music to fusing with non-Somali genres such as maqam (Arabic), taarab (East African), jazz, funk, afrobeat and reggae.

Today, Somali musicians are often faced with the daunting task of creating their art from scratch because so many musical sources have been severely damaged or even annihilated by the civil war. “The post-war artists barely have access to yesteryear's heritage and some may even be unaware it ever existed,” says Mr Samataliye. But he is encouraged by the mini-revival spearheaded by artists such as Sahra Halgan, the Shego Band, and a Somali Bantu band known as Walinja. Non-Somali artists such as Tanya, a native Norwegian, are also making Somali music which is highly respected in Somalia. Mr. Samataliye says that while these new musicians may not be as innovative as their predecessors, the music of the Somalia’s past has left an indelible mark on musicians and fans of good music, alike.