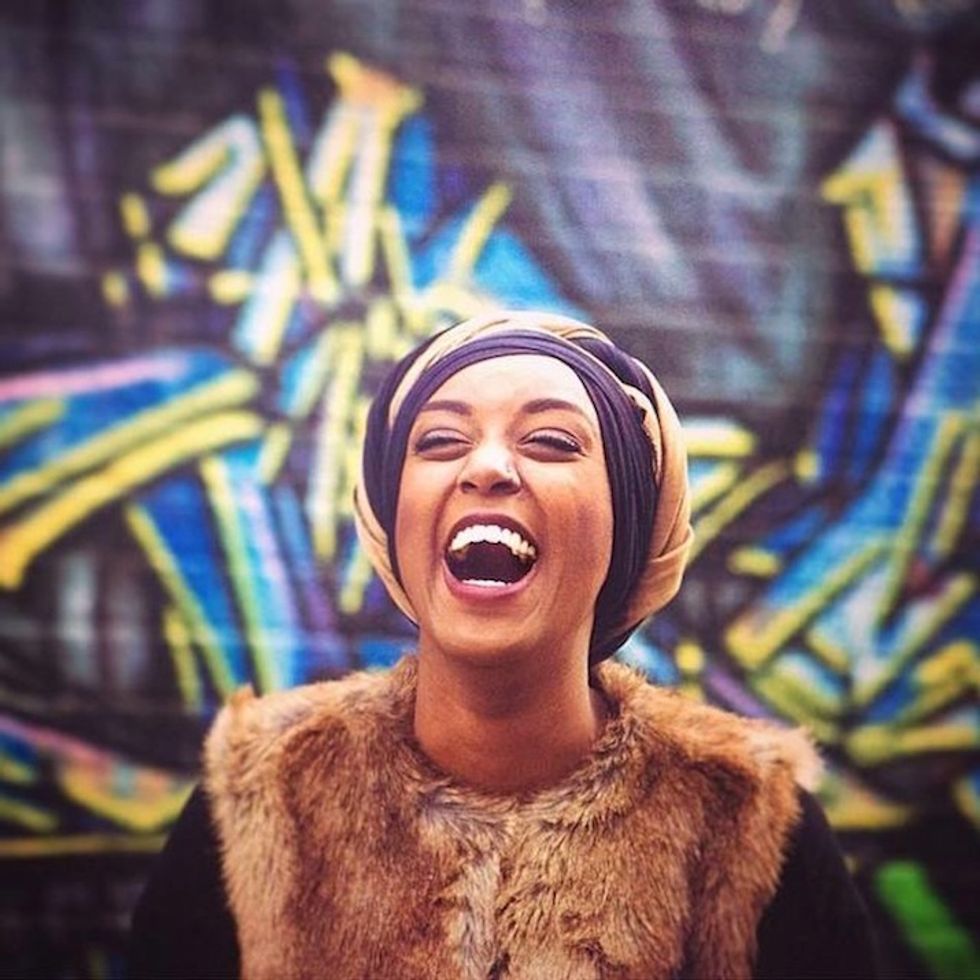 'Horn' founder and editor Sumaya lists 12 trailblazing Somali women and why you need to know about them.

Horn is a new publication featuring trailblazing women from the Horn of Africa. Issue 1 of the magazine, which launched last month, shines a special spotlight on Somali women. According to Horn's editor and founder, Sumaya, the project arose from a question of where the "carefree Somali girls" were being portrayed. "They most often self-identify as Muslim and African, yet are rarely ever represented in both arenas," says Sumaya. "Within their communities and households, they basically run things, but are usually behind the scenes. They are in the unique position of being black, Somali, Muslim, women, and diasporic (North American, European, etc) in communities that don’t fully accept, acknowledge, and encourage all of those facets of their being." In the following pages, Horn's Sumaya lists twelve trailblazing Somali women and why you need to know about them.

*Ed. Note: An earlier version of this article was titled '12 Trailblazing Women From The Horn Of Africa'

United Arab Emirates-based independent Somali filmmaker Hana Mire is the director and producer of the forthcoming documentary Rajada Dalka. She’s enrolled in film production courses at New York Film Academy in Abu Dhabi, and has previously directed and produced short documentaries and narratives. In 2013, she won an award at the Abu Dhabi Film Festival for her mini-doc, Silent Art.

Rajada Dalka is a feature documentary that incarnates the strong will and devotion of the Somali Women National Basketball Team amid an ongoing conflict. The idea for the film came about as Mire was watching TV and heard that Somalia's national women's basketball team had placed fourth at the 2011 Arab Games in Qatar. The film is slated for a 2016 release.