You Need to Hear This New 'Import-Export Mogadishu' Mixtape 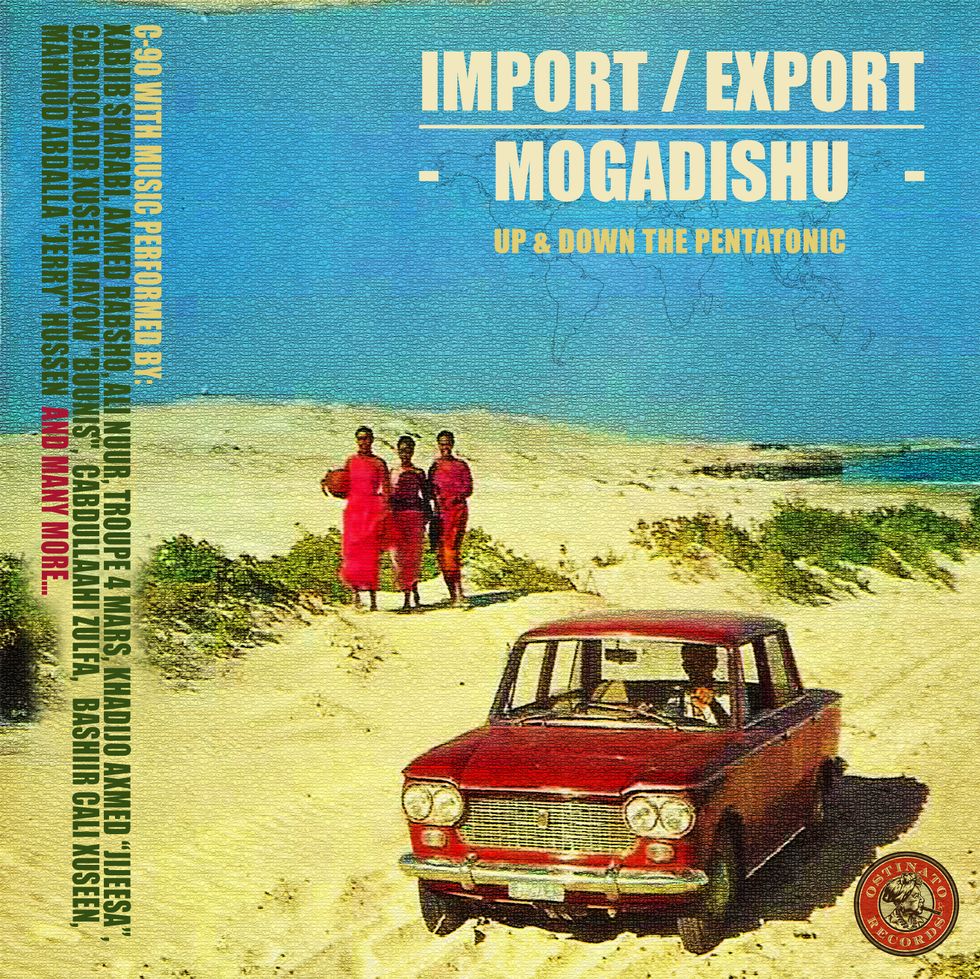 Vik Sohonie, founder of Ostinato Records, tells us about his new upcoming compilation, Sweet As Broken Dates Chapter 2, and shares a new mixtape.

In 2017, Sweet As Broken Dates, our Grammy-nominated compilation of stellar Somali music from before the country's civil war was released. The songs revived heartwarming memories of a lavish Mogadishu and Hargeisa not known too many non-Somalis, and in many ways allowed the Somali diaspora to reconnect with a time and place ransacked by the wicked fates of history.

All our due diligence and research led us to believe that some of finest music ever made firmly stopped when the war started. Hibo Nuura's song on the compilation, "If the Artist Lets You Down," added to this perception, as the widely respected Nuura chastised her fellow musicians for what she saw as a failure of their responsibility to keep the country's rich music culture alive amid tragedy.

But we were wrong. The music did not stop. Both famous and obscure Somali musicians quietly kept their culture alive in the 1990s and 2000s on drum machines, synthesizers, and laptops. The Somali pentatonic sound melded perfectly with new digital equipment, almost exhibiting an even more authentic sound as analog western instrumentation vacated the repertoire. Most of these recordings were kept private or shared in small circles, never reaching the same audiences in luxurious venues as the music of the 70s and 80s.

This is Chapter 2 in the Somali music story, not Vol. 2.

At Ostinato Records, we want to reimagine the sequel for music compilations. Too often, "Vol. 2" is filled with the choice cuts that simply did not qualify for the first volume. As storytellers and image-makers, this approach needs a rethink. We have a responsibility to carry the story forward, to not simply rehash what has already been available, and to give agency to the recent past rather than constantly hark back to the 70s and 80s.

"Import/Export Mogadishu" is the side A of a mixtape to announce that we are deeply immersed in producing, Sweet As Broken Dates Chapter 2, and to give fans who relished the first compilation a sneak peak into the direction we're headed. Side B of the mixtape will be an insight into Chapter 3.

The selection begins with a slow-burning groover by the lively Xabib Shaarabi, a key Somali music figure in the 1990s whose digital disco style was celebrated in a short but viral documentary by The Guardian. We are also proud to announce that Xabib Shaarabi along with lifetime achievement award winner, Cabdinuur Alale, will be performing in Berlin on March 23 as part of the Find the File Festival.

These are the next stages in the Somali music revival: the advancement of a story with endless chapters and the resurrection of former greats and live bands, reunited to showcase what no war could vanquish: the resilience and adaptability of the Somali experience.