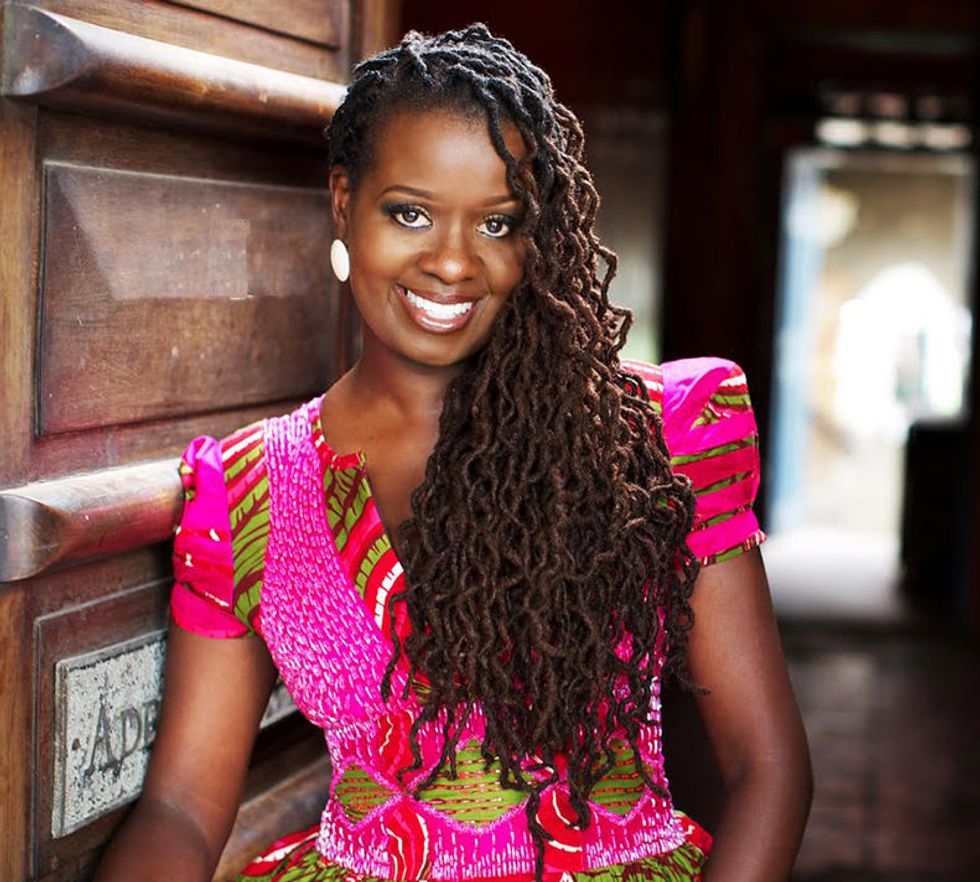 NPR called Somi “the quintessential artist citizen of the world,” which sounds about right. The Sony signee is a New York City-based, Ugandan-Rwandan singer-songwriter, who is as articulate in person as she is in her music.

Somi’s 2014 sabbatical in Nigeria paid off as her album, The Lagos Music Salon, debuted at number one on the iTunes jazz chart, and featured the likes of Angelique Kidjo, Common and Ambrose Akinmusire.

This year, Somi returns with a fresh sound and a special guest, Aloe Blacc, on her album: Petite Afrique. The Chicago-born singer’s connection with East Africa, and the continent at large, continues to inform her music which she blends seamlessly with jazz.

The Huffington Post called Somi the “new Nina Simone.” The NYU educated star has performed at the United Nations’ General Assembly, to commemorate the International Day of Remembrance of the Victims of Slavery and the Transatlantic Slave Trade.

Somi also plays the cello and is a very socially conscious person who founded the nonprofit, New Africa Live.

We speak with Somi where she touches on her mother being her first music teacher, what home is and more in the video below: