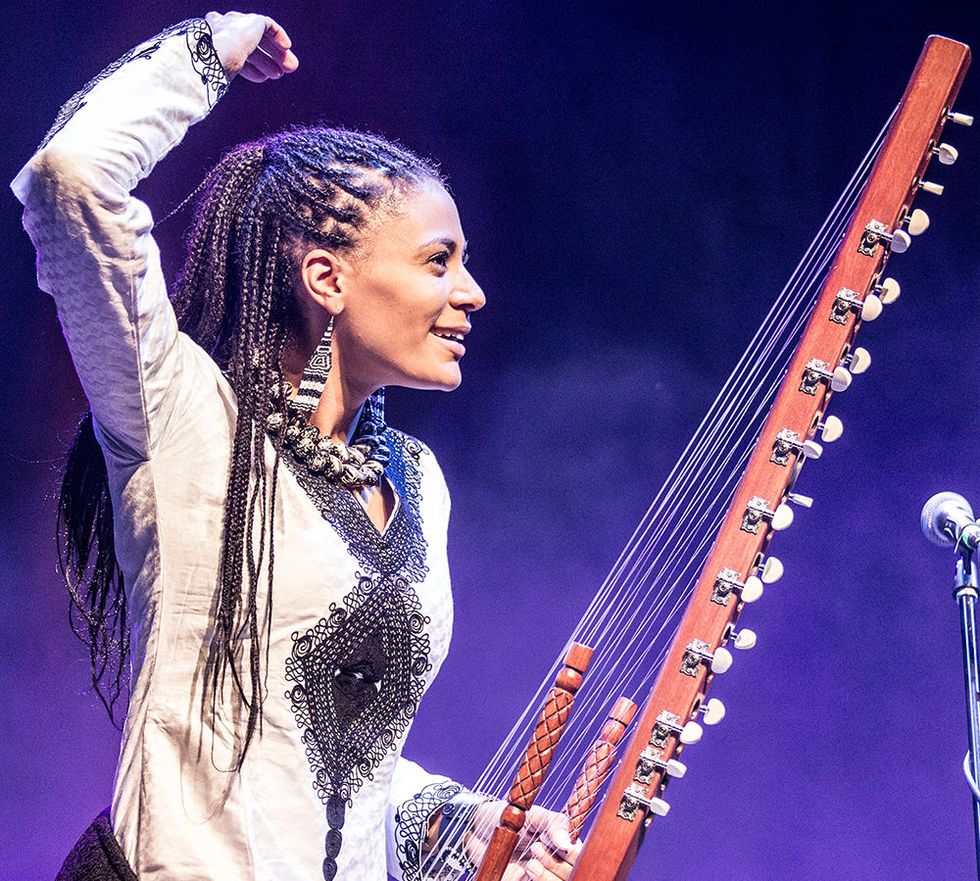 Men have been traditionally associated with the kora instrument,  for the past seven centuries in West Africa. This ancient practice did not stop Sona Jobarteh from mastering the art, and mesmerizing her fans all over the world with her talent.

Jobarteh remains one of the continent’s most distinctive instrumentalists and performers, who is credited as a singer-songwriter. Some of Jobarteh vocals appeared in the Hollywood film, Mandela: The Long Walk to Freedom and she composed music for the film score for Motherland: The Score.

Since the release of her 2011 acclaimed album, "Fasiya", the singer has focused on managing a school she co-founded, Amadu Bansang Jobarteh School of Music, which is named after her late grandfather who was a master griot and one of Gambia’s leading kora players.

Jobarteh has made history as a first female kora player, and continues to enrich the lives of those who hear her music, and look up to her as a teacher and community leader.