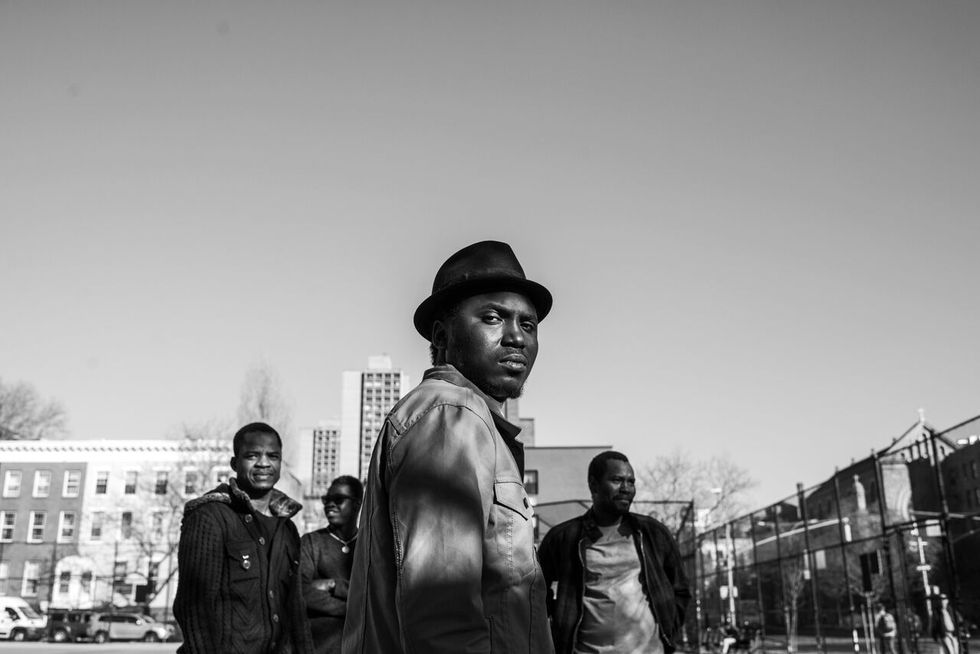 Psychedelic Malian rock group, Songhoy Blues, announce the release of their upcoming sophomore album Résistance, due out on June 16. The new album will feature guest appearances from Iggy Pop, Elf Kid and more.

"The album is the sound of Songhoy Blues stretching themselves, with hints of R&B, soul and hip-hop all fusing seamlessly with the band’s trademark exuberant sound, with themes for our time," read the press release.

While their debut album, Music in Exile, boldly tackled matters of Islamic extremism and other social issues facing the people of Mali, their new album is a more celebratory offering, which sees the group "lovingly talking about the beauty of the Sahara and night-life in Bamako."

"Lyrically and sonically, Résistance is a huge leap forward for Songhoy Blues, a musical snapshot of a band at the top of their game. Richer, more eclectic and musically adventurous, it captures a band who, for the last three years, have toured the world and soaked up music far beyond the borders of their native Mali."

The group shares the album's first single "Bamako," an ode to Mali's bustling capital ahead of the upcoming release.

“With ‘Bamako’ we just wanted to write something fun and positive about where we come from," says lead vocalist Aliou Touré. "So much of what people hear about Africa is negative; bad news stories about war and famine just dominate the common image of Africa. But this track is about dispelling that image by describing something everyone can relate to – going out on a Saturday night – to show that Africa isn't just what people see in the news, there's so much more to it than that.”

Listen to the single below to get a taste of what you can expect from Résistance, and check out the album's full track list, plus Songhoy Blue's upcoming US tour dates underneath.

October 3, Toronto, ON, The Mod Club