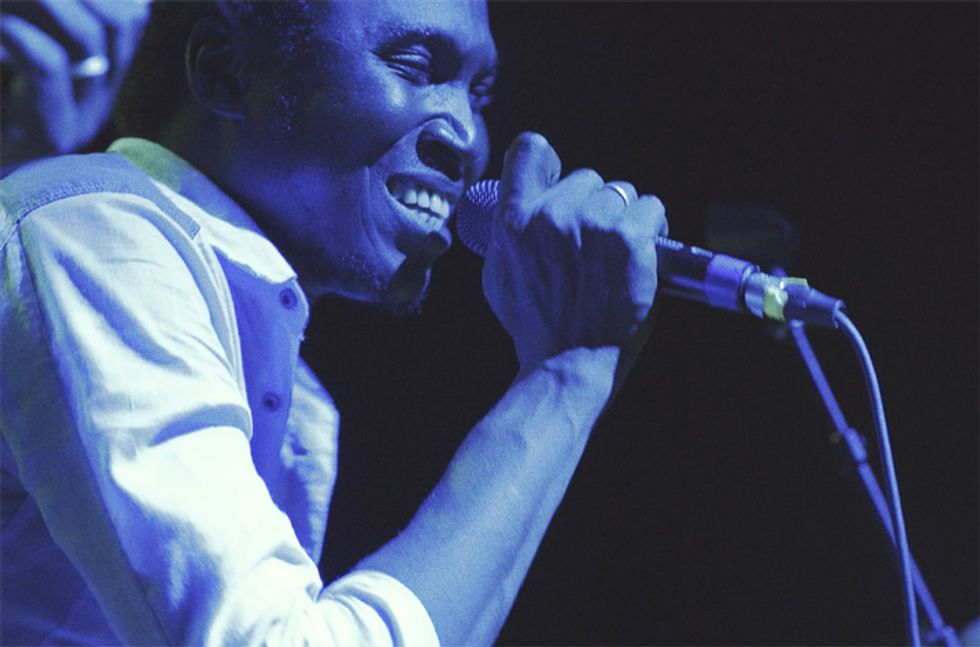 Malian desert rock group Songhoy Blues recorded one of our favorite albums of 2015, Music In Exile—a batch of songs influenced by the band’s displacement from their hometown after northern Mali was overrun by political turmoil.

The band’s story was extensively featured They Will Have To Kill Us First: Malian Music In Exile, a documentary film, executive produced by Okayafrica, which follows Malian musicians as they confront the cultural repression sweeping through their country. The documentary will be getting its official American release in March & April.

Songhoy Blues are now bringing their electrifying live show to America and, later, the United Kingdom.