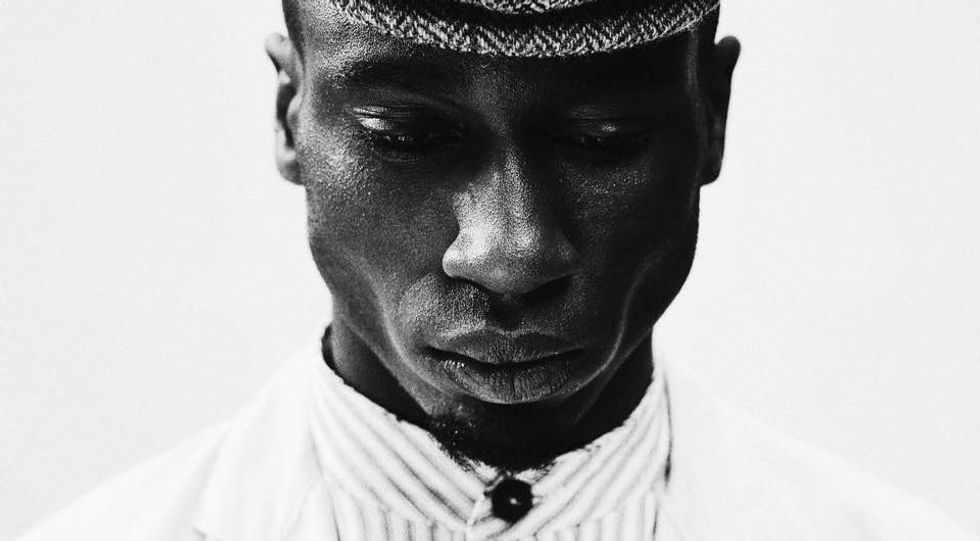 May D recruits Akon and Davido

Mister May D returns with his new single "Hustle," a catchy track built on sparkling keyboards and a booming beat. The Nigerian singer pulled out the big guns for this one, recruiting Akon and man-of-the-moment Davido to join him on the track.

May D shines with his on-and-off auto-tuned verse but, for our money, Davido has the best bars on this one. May D's people mention to Okayafrica that the single is "afrobeat meets trap" and will released on his forthcoming album.

The return of Baloji

After some unfortunate label limbo, Baloji's now signed with Bella Union and is marking the occasion by sharing the throwback dance video for "Spoiler."

“‘Gallons’ is the kind of record I want played very loudly at my funeral,” Kojey Radical tells Dazed Digital, “It’s how I feel every time I see my brothers get stopped and searched or when I hear about another person of colour amount to nothing more than commemorative hashtag. ‘Gallons’ is a uniting of class, it’s a celebration of struggle. The conversation doesn’t die when you kill us. Seeds of positivity will ensure that the beauty in all our differences will come together and grow for future generations.”

The video follows Mensa as he's beaten, tased, and eventually shot by police officers. The Ace Norton-directed music video is spliced with dash cam footage of the shooting of Laquan McDonald by Chicago police in 2014, the tragic event that inspired the song.