This South African Opera Singer Will Leave You In Awe 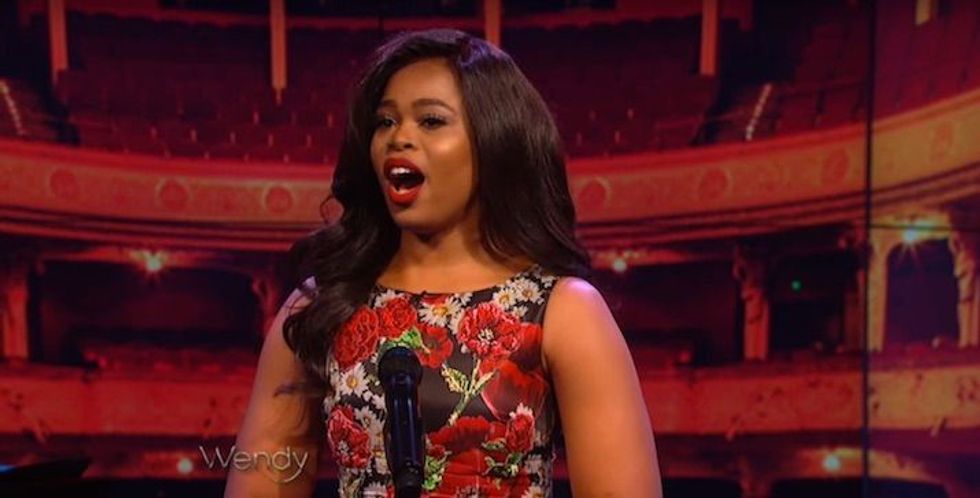 Yende, who was born in the small town of Piet Retief, South Africa, grew up singing in the church choir. "Then at the age of sixteen, she heard the Flower Duet from Lakmé on a British Airways television advertisement, and was so enraptured by its beauty that she determined to find out what it was. On learning that it was opera, she decided at that moment to abandon her plans to become an accountant, and train to become an opera singer instead" her team tells us.

She's currently starring in The Barber of Seville at the Metropolitan Opera in New York and she's slated to star in Romeo and Juliet this March.

Aside from her many other accomplishments, she also managed to single-handedly save an episode of the Wendy Williams show. This level of talent is hard to find.

Get into it with the video above.