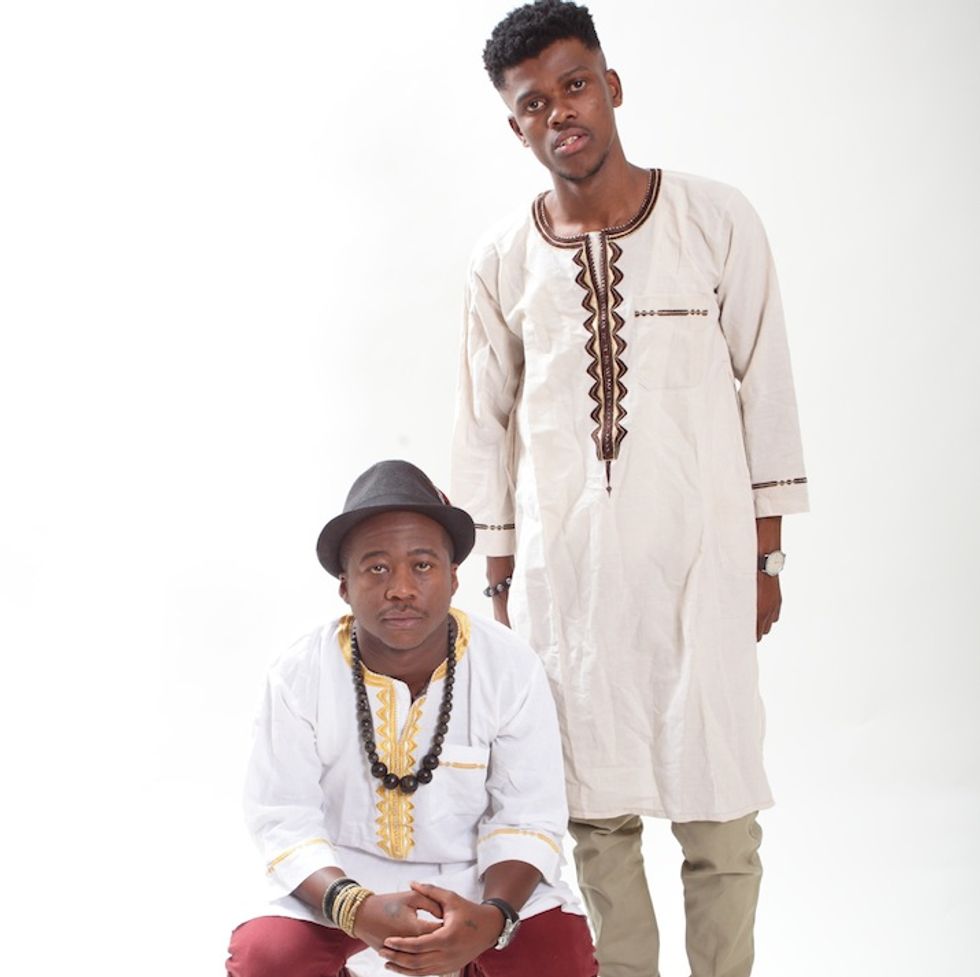 Arguably the hottest act in South African House Music right now Black Motion have, in three short years, gone from bedroom producers hustling independently to headlining festivals and events all over Africa and Europe. Their fresh take on drum-driven house music is a collision of timeless, hypnotic rhythms and the dynamism and electricity of South Africa’s burgeoning house movement.

“We aren’t doing this for fashion and we aren’t doing this for money,” says group percussionist Thabo “Smol” Mabogwane, “We drum to communicate with our ancestors and we have been doing it since we were small children. We live this.” He and Robert ‘DJ Murdah’ Mahosana grew up in Shoshanguve, a township about 20 kilometres north of South Africa’s capital city — and so-called capital city of house music — Pretoria. I ask about their musical backgrounds and Thabo answers “We had no choice but to be self-taught.”

Although they’d both been active in the music industry for a few years neither were seeing the fruits of their labours. “People were taking their music – and they weren’t being rewarded for it” says their manager and partner, Moses Mokgoko. Sensing talent he bought studio equipment: a crucial investment.

Black Motion’s big break came when Mokgoko approached influential youth station YFM with their single, ‘Banene Mavoko’ (‘Clap Your Hands’) [above]. The track immediately soared up the charts catching the attention of industry icon Oscar “Oskido” Mdlongwa, who licensed the track for his 10th Commandant compilation. Later, Tribe Records UK signed the track for international digital release. A string of strong releases followed and, quicker than a kick-and-snare, Black Motion were heralded as 'the next big thing.'

The group released a collaboration with UPZ (Avi Elman) in September '12 titled "Afrika Wo-Man" [above] —  where the word 'Wo-man' means ‘Nation’ in Ga, one of many Ghanaian dialects. Recorded partly in Israel and in South Africa, the song brought together Theo Lawson (lead vocals) from Ghana and Nigerian singer Delight (backing vocals) — both of whom emigrated to Israel from their respective countries several years back. Black Motion's followed with their debut Talking To The Drums with Aquarian Drums in December '12, which includes their current single "That Lazy Song" featuring Nape . [below]

Black Motion shimmer on stage. Both Robert and Thabo used to take part in local dance competitions ,which accounts for their infectious & frenetic on-stage antics. “We understand both sides of the stage... our priority is to make the whole audience feel what we feel.” says Robert.

Recently the pair made their second trip to the Winter Music Conferenceas part of the South African Invasion. “We love going to Miami,” says Thabo “we had a great response to our new tracks.” Their music has taken them all over the globe – highlights being Spring Explosion in Botswana, multiple trips to Angola, Portugal, London, Manchester, Lesotho, Canada and supporting Black Coffee’s game-changing Africa Rising concert. For now their focus is on crafting material for their third album and on their record label Spiritmotion, a platform from which they hope to “pay it forward” by empowering young artists.