Young South Africans Would Rather Protest Than Vote 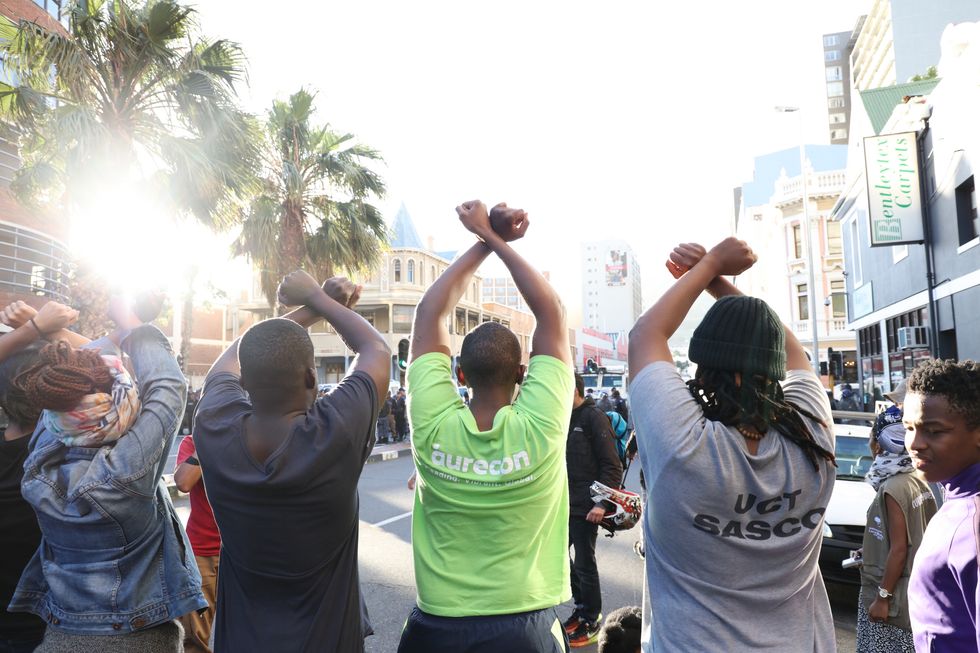 A new study uncovers the voting behaviour of young South Africans ahead of the 2016 municipal elections.

South Africans will go to the polls this Wednesday for their local municipal elections. The winning representatives will be responsible for governing their respective municipality for the next five years. This year’s elections are highly contested, as faith in the ruling African National Congress (ANC) continues to wane among the black majority voters. On Wednesday, the ANC will face off against the historically white Democratic Alliance (DA), which has its first black leader in Mmusi Maimane, and the Economic Freedom Fighters (EFF), a breakaway faction started by expelled ANC Youth League president Julius Malema in 2013.

The run-up to the elections has not been without controversy. KZN has seen several horrific politically-motivated murders. Debates also began over who Nelson Mandela’s legacy belongs to after the DA used the South African icon’s voice in one of their campaign ads. In Soweto, ballot papers have been stolen.

With 66 percent of the population under 35 years of age, the youth’s impact at the polls cannot be understated. And considering they also make up the bulk of the unemployed––the unemployment rate for South Africans aged 15-34 is close to 40 percent––their vote is more crucial than ever before.

Yet, young South Africans have been lacking at the polls.

The Pretoria-based Institute for Security Studies (ISS) recently conducted a research study to understand the voting behaviour of young South Africans. Titled Do you want my vote? Understanding the factors that influence voting among young South Africans, the study was headed by Lauren Tracey, a researcher in the Governance, Crime and Justice Division at ISS Pretoria. In conducting their research, ISS engaged with over 2000 young South Africans, aged between 18 to 24, via 277 focus groups and 49 one-on-one interviews.

The results show that young South Africans consider protest action more effective than voting to get their issues addressed. “The youth are disillusioned with the current political structure. They would rather opt to instead go out and engage in protest action because they believe that’s the best way they can get their voices heard,” Tracey told me over the phone.

At the same time, protest action among South African youth is steadily rising. In October, students protested against a proposed rise in tuition fees nationwide. The #FeesMustFall movement resulted in a 0 percent increase of fees nationwide (though fees did not in fact fall). And just last week, EFF students at Wits took to the streets of Johannesburg to protest high accommodation fees.

Although according to the Independent Electoral Commission of South Africa (IEC) there’s been an increase in new registrations for this year’s election compared to the 2011 elections, the 18-19 age group still forms a low component of those registrations. This suggests that the youth are not interested in local elections.

According to the study, the youth feel alienated from formal democratic processes. While some may attribute this to the youth feeling politically apathetic, Tracey disagrees. “Based on the youth we spoke to, they were excited to be engaged on that level and to discuss the issues that they face,” she said. “Youth want political parties to come engage them via open discussions and inter-party debates,” she added.

In addition to reviewing existing civic and voter education programs, Tracey suggests social media as a great tool to re-engage with this demographic. The IEC seems to have caught on. They’re urging people to use the hashtag #IVoted on Wednesday.

If South Africa’s political parties want to succeed, they’ll need to turn their attention to the untapped youth vote. This will be especially crucial come 2019.

For more information on how to vote on Wednesday, visit elections.org.za.