Black Child, You’re On Your Own: The Plight of Black Students in Democratic South Africa 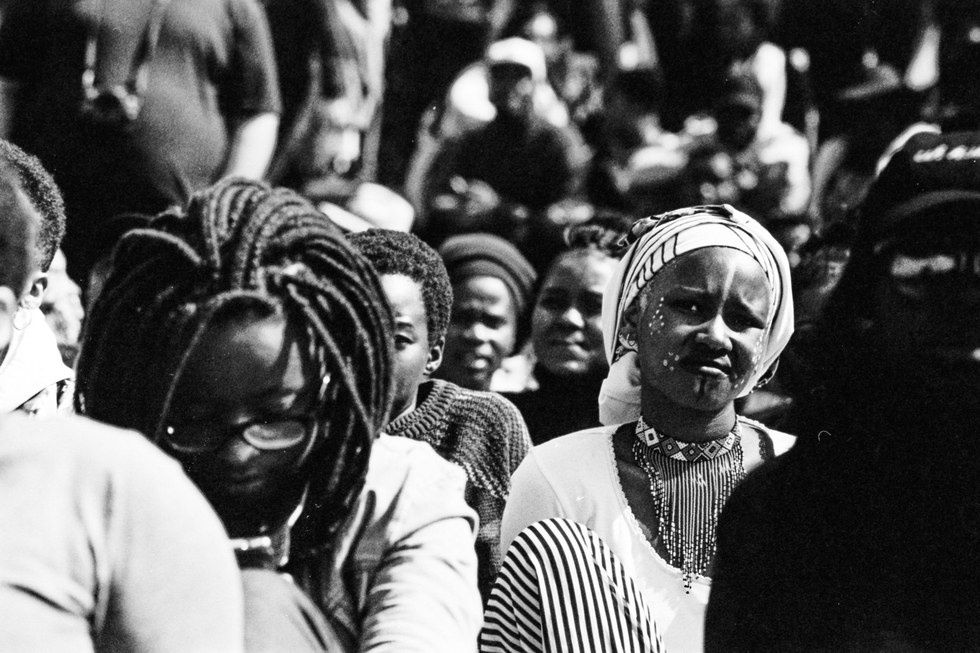 More black students were graduating under apartheid than are now. This is unforgivable.

Black child, you are on your own. I remember thinking this when I found out how one of my classmates, barely halfway through her first year, was struggling to get by. Although her tuition was covered, she had no accommodation and squatted intermittently in the residence room of a friend. She had no money for food and when she did all she managed to cook was maize meal—sometimes accompanied by a can of tinned beans or fish. She had no money for essential toiletries and used the bathroom stalls to freshen up each morning. At the end of that year, she finally dropped out.

While Fees Must Fall attempted to address this national crisis, after the recently released Fees Commission Report, that sees plunging students into further debt as the only viable way forward, the future seems only more bleak.

More than a week ago, the Statistician General released data that showed that the number of black graduates during Apartheid was 15 percent, a figure that has dwindled to 5 percent in the year 2016. These statistics are heartbreaking in a country where a now black government should have improved the plight of the black student and yet this is far from the case. Currently, for every black graduate, there are six white graduates.

During Apartheid, although black students were subjected to the substandard Bantu education, there were far more black university graduates as a result of opportunities to study overseas—often as a result of being in exile. Fast forward 23 years later, although there are more black students at university, very few actually graduate. This is for a number of reasons, but three main reasons stand out in my view.

The first, and most urgent, reason is the reality of poverty in the life of the black child. Tertiary education is financially crippling for black students. Whilst they may gain admission into a university, they cannot actually stay due to a lack of funding. Students who may have funding for tuition, often don't have further funding for accommodation and general living expenses. Eventually that burden becomes too much to bear and they drop out. Unlike the rest of their classmates, they never experience the ululating of proud black parents as they walk across the stage in ceremonial black robes and are finally handed their degrees.

Secondly, the tertiary education system itself is overwhelmed. At most, it can accommodate 450 000 students at the three different levels. As of now, there are about a million students—more than double its capacity. I remember how there wasn't enough space in the lecture theatres, colossal as they were already, to seat all of us as first year students. As a result, many students had to sit in the aisles and on the stairs whilst some even resorted to standing.

"These statistics are heartbreaking in a country where a now black government should have improved the plight of the black student and yet this is far from the case."

Furthermore, there simply is not enough funding be it from the government, corporate or private donors. NSFAS, the main source of government funding, is incredibly inefficient. Seeing that it's a loan, it already places financially challenged students into debt before they even face the other harsh reality of a high youth unemployment rate . It selects candidates on the basis of financial need but ignores middle class black students or the so-called 'missing middle' who cannot afford university but are deemed not poor enough. Throw in endless corruption, the case where NSFAS 'accidentally' deposited R14 million into a single student's account, and the never-ending looting of the state by the president and his ministers, bridging the funding gap for financially-needy students becomes a disheartening endeavour.

Lastly, is the discriminatory attitudes that many hold with regards to the accessibility of tertiary education. I remember how two years ago, when Fees Must Fall first erupted, a professor of mine ranted about how a university degree was not a right but a privilege. He went on to say 'if everyone had a degree, then they'd be useless in any case'. As I watched this privileged white male who parked his flashy BMW M3 in a specially reserved parking lot, he spoke with such conviction.

He felt that he was being practical, realistic but most of all fair. It did not occur to him to think that education was indeed a right according to our Constitution and that making universities, custodians elitist institutions was far from being fair. It did not occur to him that given the demographics of South Africa, white students would be able to well afford a tertiary education whilst black students succumbed to the vicious cycle of poverty, unemployment and black tax. And then I realised that none of this had occurred to him, because what he described, is the reality that he wanted to see.

The ANC has let black students down because it is they themselves that swore that free, quality and decolonised education would become a reality for the poor.

Whilst they have wilfully forgotten their promise, the tragic reality is that the black child simply cannot.