"He had police friends so I couldn't even report the abuse": How South Africa's War on Women Impacted Me 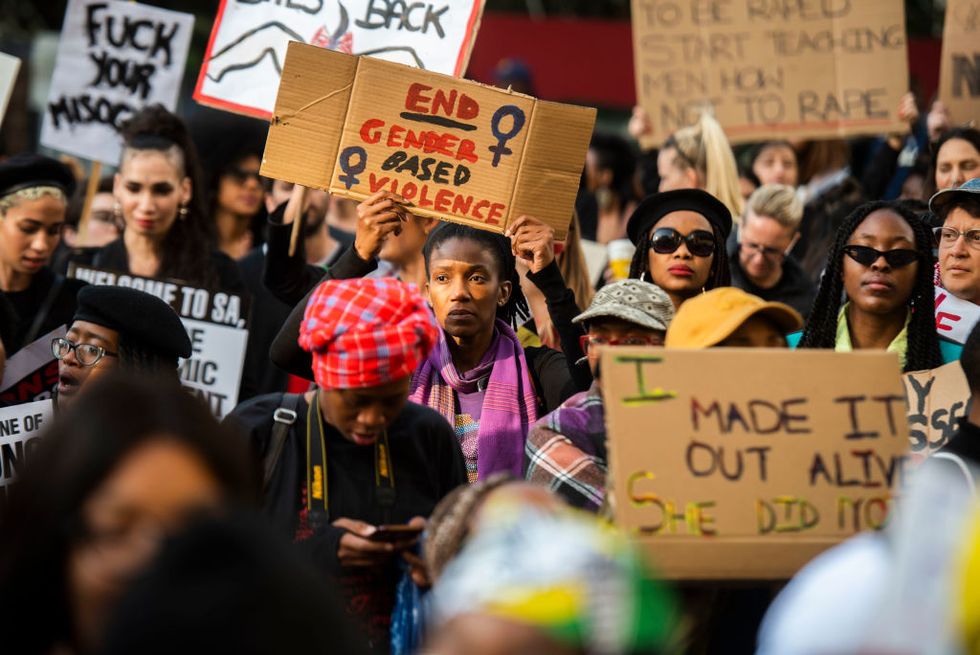 A South African woman shares her story of gender-based violence in the hopes of helping other women.

Read her story in her own words below.

I'll share my experience, maybe it'll help other women to see the signs I should have seen long before he put his hands on me. We first met with what started as awkward cat-calling even when I didn't want his attention. I gave him my numbers out of fear but as we kept chatting he appeared to be a fairly decent guy who was actually more "charming" than first impressions led me to believe. I was 17-years-old, naive, and so I fell for him.

However, he soon began scrutinizing everything that I did and used excessive force and fear to get me to "admit" to cheating on him. He'd even threaten to snatch my younger brother from the streets out of spite, and once, he told me that he would physically tie me to his car and drag me around the township until I was exposed to the bone. Every time I tried to leave, he'd give me his crocodile tears and "I'm going to get help" sob story. For some time it would be calm and he'd love me with so much passion. I'd be naive and think he had changed and stay, and then all it would take was just one missed call to trigger the whole damn cycle again. He had police friends, so I couldn't even report the abuse, because they would just call him and then he'd really be pissed.

I kept convincing myself that I can change him when actually, he was too far gone. It got so bad that he would threaten the rest of my family as well. He once nearly hit my mom with his car. The last straw was when his baby mama was around from KwaZulu-Natal and she "caught" him and I just chilling at a local spaza shop. She slapped me so hard I had a swollen face for an entire week. But that wasn't even the worst of it. I then had to watch him beat her like a damn drum and only then did I realise what he was truly capable of. He was manic and then it dawned on me, his threats were not just threats, they were promises.

I realized that you can't change a leopard's spots. Leaving him wasn't easy and he threatened the shit out of me and my family. To this day, I still look over my shoulder when I'm at home in Cosmo City, for fear that he may still get me.

"Speaking out is hard because society makes you feel like it's your fault you're a victim."

Like you should've known better. It was always, "well what did you do to make him so angry? Surely he must've had a reason?"

But, I don't want anyone's pity. I just want to create awareness and give other women the reassurance that they're not alone and the courage to know that they can escape the clutches of horrible humans.