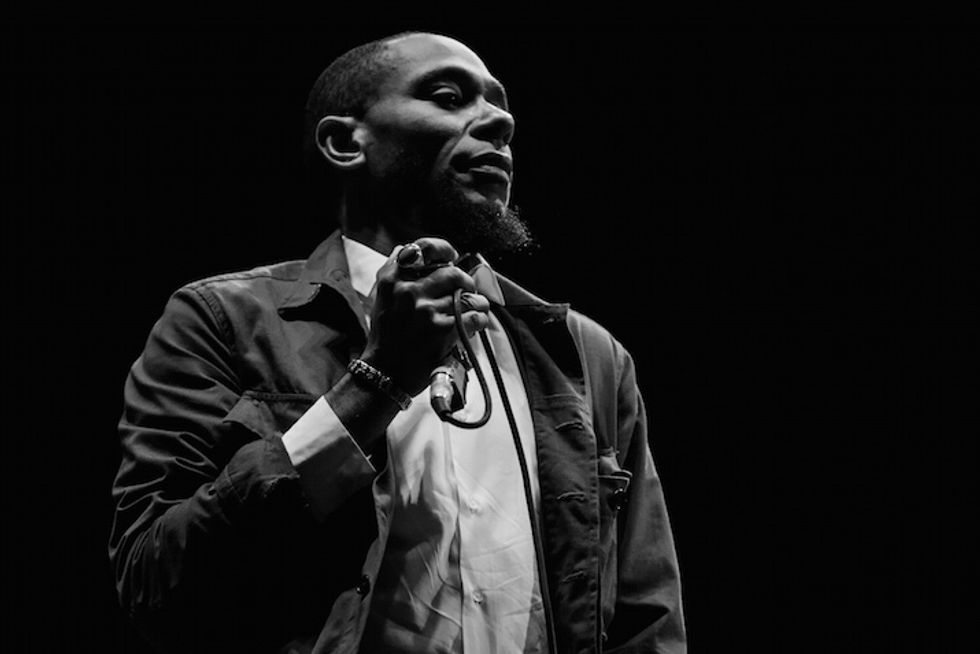 The South African Department of Home Affairs has issued an official briefing on the arrest of Yasiin Bey (Mos Def).

Earlier today, Yasiin Bey (better known as Mos Def) spoke publicly for the first time since the rapper and actor was arrested in Cape Town last week over using a World Passport while trying to leave the country to perform at the Selam Festival in Addis Ababa.

Okayafrica spoke with Bey’s official representative last Friday who maintained that the allegations against him are false, asserting that the World Passport was used in good faith and was not fraudulent.

In a ten-minute phone recording that went live on Kanye West’s official website, Bey offered a sweeping response to his arrest and maintained that he has broken no laws. He also announced his retirement from music and Hollywood “effectively immediately.”

“I have made no false claims,” Bey said. “I have not misrepresented myself. I’m under unnecessary state supervision… And, I have reason to believe, or suspect, that there are political motivations behind the way that I am being treated. This is following no reasonable strain of logic, and it’s also… curious. I haven’t broken any law. And I’m being treated like a criminal.”

It is very important to clarify issues in time. If not, people may not understand how certain matters are being handled, especially where the law is concerned. In this case, the matter we want to explain is the arrest of United States (US) musician and actor, Mr Dante Terrell Smith, also known as Mos Def and/or Yasiin Bey.

You are aware that Mr Smith was arrested in Cape Town when he tried to leave South Africa on a World Government of World Citizens passport. This was along with his spouse also a US national (with a US passport) and a minor (also on a US passport).

The major problem why he could not get on the Ethiopian flight was the document he produced at the immigration counter, the World Passport, which South Africa does not recognise. Immigration officers had also detected that his spouse and minor child had overstayed their visit to the Republic. Their visitors’ visas had expired in April 2014, and were therefore in the country illegally.

This must be clear, we have no reason, as a country, to refuse anybody entry or departure, as long as such travel is legal. Mr Smith himself has been a frequent visitor to South Africa since 2013. His first visit to South Africa was on 02 June 2013. He has entered South Africa ten times, and has always entered the country on a visitor’s visa (90 days exemption) using a US Passport, not a World Passport.

His last arrival in South Africa was on 30 November 2015, on a visitor’s passport, with his allocated 90 days to expire on 28 February 2016, after which, he attempted to leave the Republic in January using another document, and not his US passport with which he had initially entered the Republic.

We are guided by the Immigration Regulations. Regulation 2(4) lists the international, regional or sub-regional organisations whose documents we recognise, namely:

b) The African Union

As you can see, the world passport is not recognised under Immigration Regulation 2(4). Proper procedure was followed for his arrest. A warrant was obtained (for his arrest). He faces charges for contravening the Immigration Act, 13 of 2002, as follows:

a) Section 49(14) of the Immigration Act: Misrepresentation made by Mr Smith (using a false identity).

b) Section 49(15) of the Immigration Act: Presentation of a document not issued by a lawful authority.

c) Section 49(2) read with Section 42 of the Immigration Act: Aiding and abetting his family to stay illegally in South Africa.

Mr Smith will appear for trial on 08 March 2016 to answer to the immigration charges.

His family has received an order to leave the Republic, by 29 January 2016.

As a democratic state that is so indebted to the international community for its trajectory of freedom, democracy and justice, we have no reason, whatsoever, to do anything consciously to undermine any person’s human rights.

Since the dawn of democracy, we have been open and will remain open and receptive to other countries and their people, as long as this is done within the confines of the law.

Our international human rights record is very clear, as shown by among other things, the volume of asylum-seekers and refugees we receive in the country every year, our liberal immigration policies, and the humane and lawful manner in which we deal with all persons, including those found to be in transgression of the laws of the country.

We find comments attributed to Mr David Gallup of the World Service Authority unfortunate and condescending, especially being preached to about the values and principles of former President Nelson Mandela when a matter is purely about adherence to our immigration laws. We have long demonstrated commitment the principles of protecting those fleeing from persecution. Even those who are facing threats, still subject themselves to our laws.

For all to be and feel safe, it is incumbent upon us to implement the law, without fear, favour or prejudice.

You can listen to the statement read by Home Affairs Director-General Mkuseli Apleni in full here:

His Spouse and a minor child had overstayed their visit to RSA. The visa had expired in April 2014 #MosdefUpdate