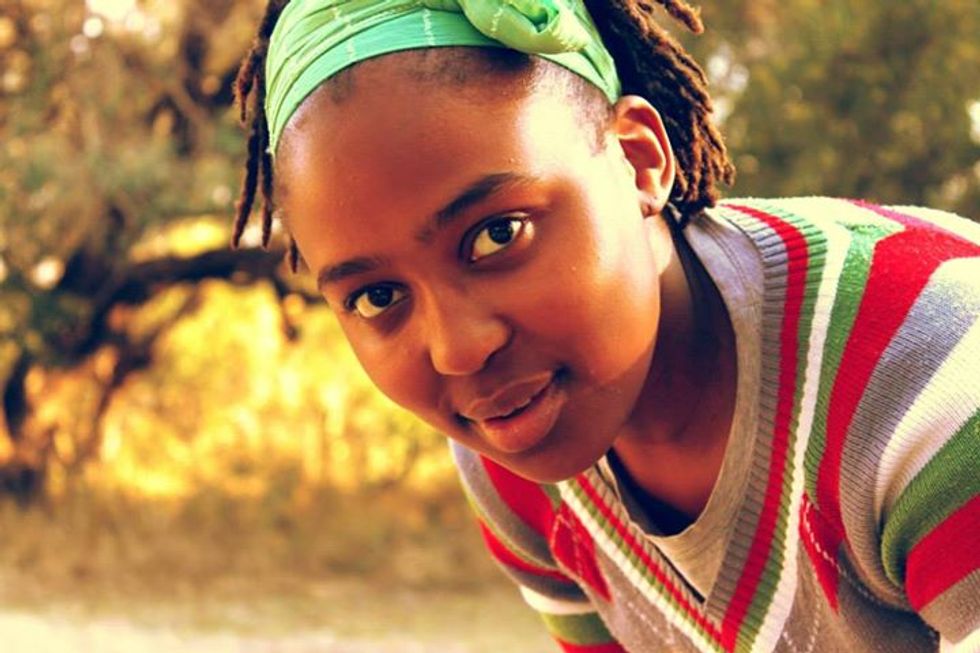 South African feminist Nthabiseng Nooe launched a nationwide campaign to get South Africa talking about the politics of sex.

In May, South African feminist Nthabiseng Nooe launched a nationwide campaign to get South Africans talking about the politics of sex – specifically conversations around consent, slut-shaming and the pleasure of women.

#FillUpThisPussy, of which Nooe is founder and CEO, began with a tweet. At the time, Nooe elaborated on the campaign in a blog post titled “#FillUpThisPussy and the Politics of Sex.”

“Life is too short for people who engage in sex to get underwhelming sex, and obviously this cannot be dealt with before women’s pleasure is given some regard. That cannot happen until women’s sexuality is not taboo and heavily policed. That cannot happen until women are actually seen as human,” she wrote. “Patriarchy needs to get the hell out of my pussy and my whole life."

Since then, reception to the campaign has been divisive, with some people dismissing the call and others inquiring for more.

In the email conversation below, Nooe explains everything you need to know about #FillUpThisPussy.

How did the #FillUpThisPussy campaign come about?

The conversation on #FillUpThisPussy is one that I have cared about for a while. The hashtag, particularly, came up in one of my attempts to be witty, sexy, and funny at an event where there was an announcement that yet another campaign to #FillUp a venue had been launched. I tweeted #FillUpThisPussy because having my pussy filled up as well would be kinda great.

I decided I could have a conversation on women being subjects in sex, and making sure they get what they want out of sex with their consent. This discussion includes conversations on slut-shaming, and sexual liberation includes both wanting and not wanting sex without that affecting how a woman is valued. I wanted to speak about the politics of sex, and sensuality, and transactional sexual relations, and everything else. And I knew that I would need to allow people to contribute in ways they felt comfortable.

Message from the CEO. #FillUpThisPussypic.twitter.com/VbMoJ1A3rV

Why is it an important discussion to have?

People are different and like different things. I am a cisheterosexual woman, not the most sexually oppressed in the world, and my experiences with sex have been only with cisgendered men. Being open about my experiences of sex, and my desires of sex is not always received well.

It still comes as a surprise that I dare to want to enjoy the sex I have, or that I may agree to fulfill a person’s desires in exchange for money, for it is rather simple: If people have particular desires they would like me to help them fulfill, provided I am safe and the act is confidential, and they would like to reward me for doing something for them, I do not think it is not valid.

The most important aspect of the discussion is consent, because it is how everything takes shape. Consent is also especially important because anything outside of it is a violation. Agency is very layered, so it is important to get various “ambassadors” to speak on pleasure-centered sex and its benefits, without having to pathologize sex, and understanding that it is fun, and comes with a lot of room for experimentation.

What are the conversations South Africa needs to be having with regard to women and sex?

South Africa is a big country with different communities that think about sex differently. What I felt lacked in my elementary sexual education was the important discussion of consent. I was given abstinence and fear sexual education. So I am familiar with the notion that I should not openly want to have sex, and that I must be pursued and persuaded into sex, as I am aware that sex has been reduced to an idea of penetration where a successful act is a man that enjoyed himself so much that he is sweating and out of breath. And this is, according to me, a result of the social conditioning of patriarchy.

What lacked in my sexual education was an extensive conversation on consent, agency and sexuality in all its forms. I could have benefited from understanding what constitutes harassment, that some people desire sex and some don’t. Sex isn’t simply the penetration of a vagina by a penis. Sex can be enjoyed, and there is nothing “loose” about being a woman who craves sex.

What is the objective of the movement?

“Movement” is such a grand word, but I am happy this is what the conversation looks like. On the first day that we spoke about this, I stated in our constitution, “The vision of #FillUpthisPussy is to have a world of people who get toe-curling orgasms and experience that party that sex is.”

Very interesting. On Twitter, we had a lot of fun, and there was a lot of “YAAAAAS”s that we got. There were also some men who were actually worried because I was “encouraging women to demand things.” There was even a “response” from “niggas who put in the work,” where a man described the athleticism some men put into non-pleasurable, eye-roll-inducing, panting-for-no-reason vagina-pounding. Perhaps if he had read the tweets to understand and not to defend his triceps, he would have gotten more from the discussion.

Are there spaces where women can feel comfortable addressing their opinions and experiences on sex?

“Safe spaces” are not universal – and access to these spaces are predicated on a set of privileges, proximities, priorities and other complex nuances.

Do you fear that the campaign will be labeled as "inappropriate" and "vulgar"? How do you respond to these claims?

There are probably people who feel it is inappropriate, vulgar, and wild; that the campaign encourages loose, uncontained behaviour in women; but none of us have made up the opinions shared in the conversations out of nothing.

If the discomforts that people have with the campaign are because we have challenged their norm, and that norm is only seeing and using women as sexual objects, then they are free to feel uncomfortable.

Do you plan on expanding this campaign beyond Twitter?

“Expanding” this conversation beyond Twitter is interrogating our treatment of people based on their sexuality, interrogating our reasons behind shaming people for sex, and talking about how sex as more than how long a time we did on the clock and how many calories we have burned.

I feel that the conversation came from the streets and then went to Twitter, and not the other way around. All we did on Twitter was share.