Jitsvinger on Afrikaaps and Using Music to Feed the Mind 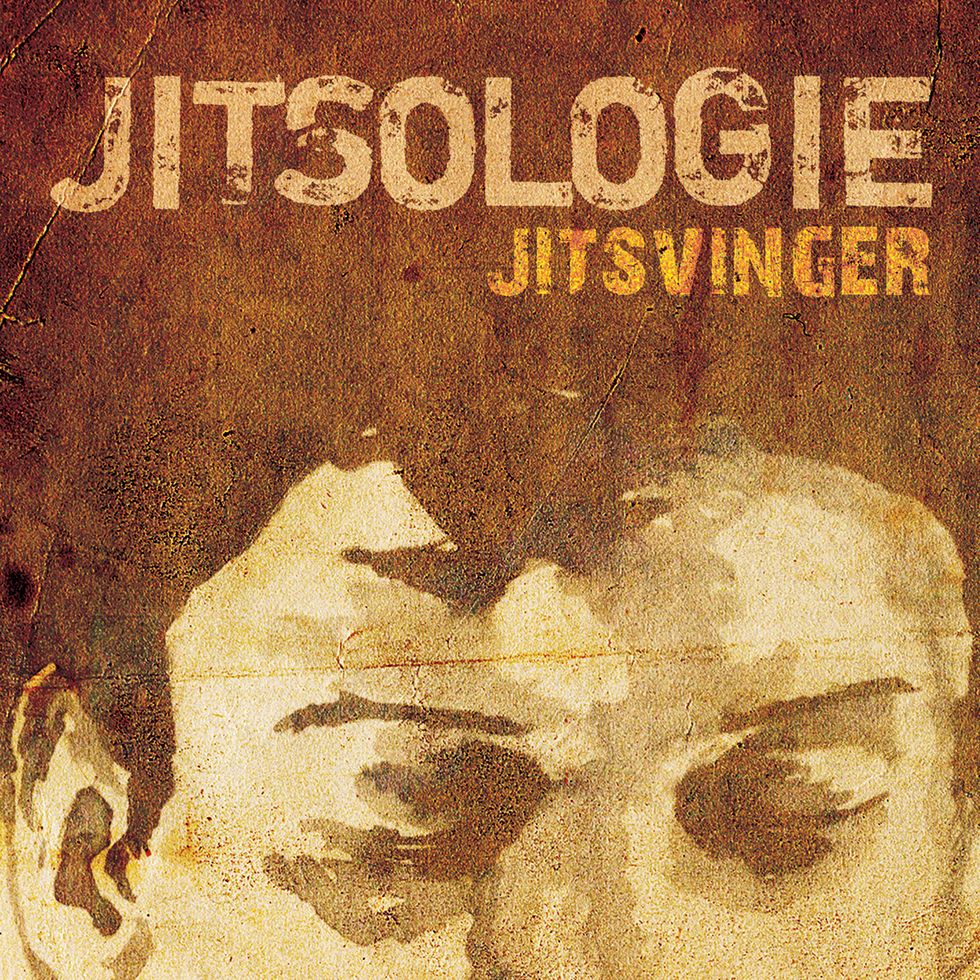 We sit down with the Cape Town MC to talk bringing consciousness back to South African hip hop.

Jitsvinger's tall frame sits in front of me but he leans forward to make himself small. His speech is delivered in the hushed tones of his humility. Each strand of his hair is a metaphor of authentic expression. It's a lot like his music—each note a canvas, his paint of choice: Afrikaaps. His identity is audible.

The 35-year-old artist's musical heritage is housed in anecdote handed to him from a previous generation of tale-sharers. His lyrics are built from the narratives of his family. "I get my sense of humor from my mother and my skill for storytelling from my dad," he says.

Jitsvinger does not conform and there is nothing that proves this more than his music. His latest EP Jitsologie is a thesis in song of things past, present and future. The track "Skiroemba" (A slang word which in English means: Nothing), for example, features fellow Cape Town hip-hop artist YoungstaCPT and singer, Monox. It serves as a bridge that brings together the nostalgic youth of a generation past with the youth of today through the dynamics of trap. While "Smile," the second track on the album is a postcard to his pen pals in prison. "It's a reminder that even though they're on the inside, the sun is still shining outside," he says. Hope fills his utterance of the word sun.

Jitsvinger shares a tale his grandfather told him, that still resonates with him today.

"The legend of Never-Die the giant goes like this: He was a hulk of a man. Big frame. Big feet. No shoes. Never-Die wasn't a churchgoer, but one day, he had a new pair of shoes made and he went to the Sunday sermon. He sat in the front. Proud. After a while, his feet started to hurt. The shoes grew tighter and tighter. They strangled his toes. He cursed the church and never returned." Jitsvinger says his grandfather told him this story a couple of times when he was a boy, and as an adult, he discovered that his own relationship with church started to change. "The shoe didn't fit anymore," he says, "Just like Never-Die," and he stopped going.

Jistvinger is undoubtedly a critical thinker. A rare skill in today's hip-hop scene, and something that separates the Cape Town artists from the more materially-oriented Joburg ones. The layered and fragmented journey the listener takes from one song to the next on his latest release echoes the artist's own mind that is constantly traveling.

"To me, the brain is a sexy organ. No one can take it away from you," he says. "Breinsuiker," the opening track from his latest EP, embodies this truth. "Breinsuiker" is an addiction—a sugar that feeds the mind. The listener gets hooked and begs for a second helping—possibly more. "I want to serve the listener a sensory dish made of music. Something they can taste, feel and smell. As an artist I want to make love to the listener's eardrums and not war. And once I get in there, I am not going to leave".

The "sexiness of intelligence" as he likes to call it, extends beyond his music. It's the nucleus of his identity that vibrates through his artistic moniker. "In 1993 or '94 (he can't quite remember), I visited my cousin in Bishop Lavis. He told me a story about a guy who stepped on a livewire and got electrocuted. But the way he expressed it was by saying: Hy shock homself tot jits [He shocked himself until his body shook]".

It doesn't sound great when translated to English but the shock factor stuck with Mr. Quinton Goliath (his name by birth). He took it and ran. "I wanted to take that word jits back with me to Kuilsrivier. We expanded our Afrikaaps vocabulary when we visited towns like Bishop Lavis, and brought new words home with us. Later, I combined jits with vinger (finger), because to me, that's how I would make contact with the outside world. I would jolt them with my music through the tips of my fingers." And so he does.