This Is How K.O. Feels About the Lukewarm Reception to the Best Album of His Career 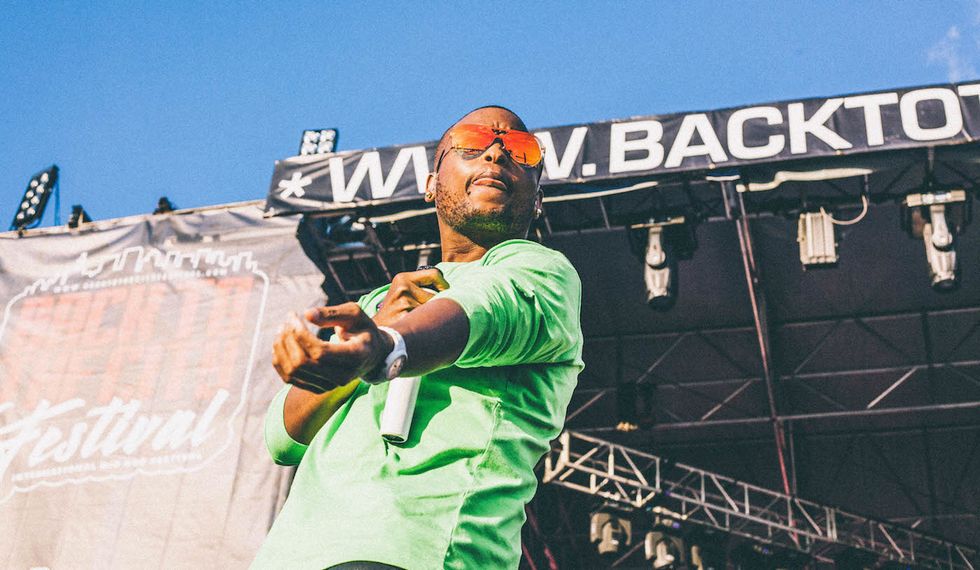 South African rapper K.O.'s sophomore album was brilliant, but the fans and the industry turned a blind eye.

The sophomore solo effort followed on from his critically-acclaimed Skhanda Republic (2014), an album that brought a decidedly Mzansi flavor to the rap scene while also altering the sonic boundaries of a movement that was finding its voice following a decade and more of trial and error.

But where Skhanda Republic fared well—a strong lead single by way of the Kid X-featuring "Caracara," which garnered praise for its inventive use of slang steeped in the storied kwaito tradition—SR2 fell short. The uptake for "Call Me," which sees the Skhanda Gawd call on the services of Nigeria's Runtown to ramp up the vibe, was muted. This was in stark contrast to how "Caracara" made many a head and non-head go apeshit at first listen, but wasn't an exception when one considers how other releases off the back of his debut solo offering got received.

When we meet in the lead-up to his performance at the Basha Uhuru Sounds of Freedom Festival happening end-June, I put it to K.O. that heads and the industry at large short-changed him. I ask whether he feels that the hip-hop community has indeed left him out in the cold.

He rewinds to 2016, a year in which he encountered a lot of what he refers to as "business pain." "[It was] based off of what happened when people started peeling off the [Cashtime Life] label. The stigma that ended up sticking was that [artists] were leaving because they [were] tired of being under this dictatorship," says the emcee and businessman referring to widespread talk that he was only focused on advancing his career, and did that to the detriment of the other talent he'd signed on.

"That's not what [the artists] felt. We didn't manage [the situation] properly, PR-wise," he says in defence. "As a result, everything that had my name on it, people were bashing. They were giving me bad reviews of everything that I was doing. I felt like I took a lot of losses."

SR2 then became part-confessional hymnal delivered in the rap tradition, decorated with metaphors and similes designed to obfuscate the intensity of the pain he'd experienced. He had to introspect, and vignettes of that process reveal themselves on titles like "7even Up" and "Ms2." He raps in the former: "Riding solo now, I don't need a squad or crew/ it was hard to move with the weight on my shoulder/ the streets are harsh and cruel, the people target you/ they pray everyday for the Skhanda Gawd to lose."

He says that SR2 was him "looking in the rear-view mirror, and looking at the horizon through the windshield on some 'alright, cool, we're aware of what happened.'" He acknowledges the hurt, adding that it gave him a lot of heart.

K.O. at Back To The City earlier this year. Photo by Sabelo Mkhabela.

In the aftermath of the Cashtime Life split, we've seen relatively consistent releases from the label's former signees such as Kid X and Nomuzi, the latter whose debut LP is scheduled for a July date. Ma-E has also followed up his Township Counsellor LP with another brawled-out set of kasi wisdom; 212 is as engaging and disarming as its predecessor, if a little lacking on production values. Maggz also released an album, but we don't talk about that severe miss in theses here circles.

Read: Unless Maggz Sticks To His Own Lane, He Will Always Be Known For Great Guest Verses

K.O.'s not necessarily pissed at the lukewarm reception SR2 got. Residual issues, yes. "I'm gonna have to flush that shit out by working my ass off and pulling the rabbit out the hat, yet again. In 2018, we're trying to do more pioneering shit to really [put a dent on] the culture," he cautions.

He's currently on a crusade to re-introduce his flavour to a broad base. His string of singles feature AKA and Cassper Nyovest. The songs seem designed to generate multiple talking points, the main one being the fact he's used his clout to merge the two disparate worlds of rappers, with their own issues to sort out, because lightly-salted meat with a side of thin-cut chips doesn't qualify the meal as beef. Grown men with under-developed emotional intelligence and oversized egos, maybe. In these circles.

How well those singles have been received is still unclear at this point, and is being compounded by South African rap finding itself in uncertain territory following a few good years where it ran rampant in the mainstream while it scooped the big sponsorships and swept the red and yellow award ceremony carpets off all their major mantles in the process.

Can he really do it again?

K.O is performing at the Basha Uhuru Sounds of Freedom Festival which takes place between 28 and 31 June.